Over half of young people have experienced bullying 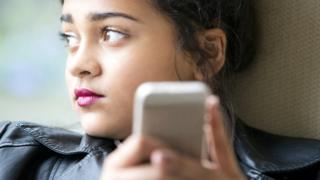 The research reveals over half of young people (53%) say they are worried about experiencing bullying online. The research also found that 49% of online bullying starts offline, the majority of cases (78%) in school.

67% of young people find it easier talking about online issues with someone who is close to their own age, rather than speaking with a teacher. This suggests that there is a greater need for student-to-student anti-bullying support.

The Diana Award's Anti-Bullying Ambassador Programme has been working with schools and Facebook since March 2018 to train young people in anti-bullying tactics.

Quiz: Are your comments mean?

What exactly is bullying?

Bullying is when someone, or a group of people, repeatedly and intentionally hurts another person or people.

It can take different forms. For example, it could be physical (like pushing somebody around), emotional (for example, excluding someone) or verbal (such as calling somebody nasty names).

Bullies often do this to gain a sense of power over the person they are bullying, who is made to feel sad, scared or alone.

Bullying can happen in person face to face, or it can take place online - for example, via social media or games.

When bullying takes place online it is called cyberbullying. This form of bullying has become much more common, as many more young people have mobile phones and computers than they used to.