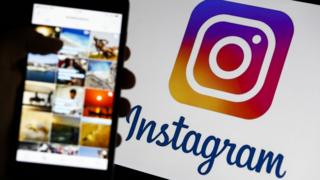 The social media site has revealed a new feature to tackle online bullying.

An example of how it works would be if someone typed "you are so ugly and stupid". They'd then get a notice saying: "Are you sure you want to post this? Learn more".

By clicking 'learn more' they'll be told: "We are asking people to rethink comments that seem similar to others that have been reported."

Quiz: Are your comments mean?

So far, the people who run the site say trials of the feature have worked and encouraged people to undo their comment.

The site's chief executive, Adam Mosseri, has said that Instagram has used artificial intelligence to detect bullying and other types of harmful content for years.

Instagram is also due to launch another tool called Restrict.

This will help people to filter abusive comments without having to block other users.

"We've heard from young people in our community that they're reluctant to block, unfollow, or report their bully because it could escalate the situation, especially if they interact with their bully in real life...Some of these actions also make it difficult for a target to keep track of their bully's behaviour", Mr Mosseri said.

If you want more information and advice about staying safe online head to BBC Own It.

Anti-bullying Week: Jordan Pickford says 'be a buddy, not a bully'