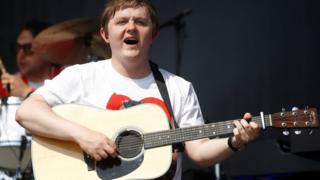 Some of the stars who performed at Glastonbury have given their festival outfits to charity.

The items have been donated to Oxfam in protest against throwaway or 'fast fashion'.

A number of performers, including Lewis Capaldi, Billie Eilish and Bastille have decided to give items away.

The aim is to encourage fans to shop second-hand.

A spokesperson for Oxfam said: "Every week, 11 million items of clothing end up in landfill.

"Throwaway fashion is putting increasing pressure on our planet and its people.

"Keeping prices low means garment workers around the world tend not to be paid a living wage, making it impossible for them to work their way out of poverty." 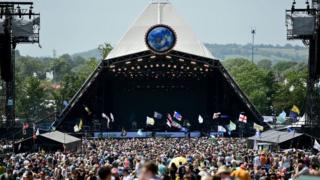 One of the donations is a gold sparkly jumpsuit, worn by singer-songwriter Gabrielle Aplin, who said: "Chucking perfectly good clothes in landfill really has to stop."

Oxfam also launched its Second-Hand September campaign at Glastonbury asking people to say no to buying any new clothes for a month.