Cricket World Cup: Who is in the semi-final? 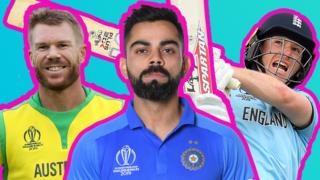 England have booked their place in the semi-finals of the Cricket World Cup 2019, beating New Zealand by 119 runs on Wednesday.

Captain Eoin Morgan's team - the tournament favourites - will be the first England team to reach a World Cup semi-final since 1992.

England are going into the semis boosted by two wins in a row, having already beaten India by 31 runs ahead of the New Zealand game.

The team were on the brink of elimination after losses to Sri Lanka and Australia, but managed to pull it back. 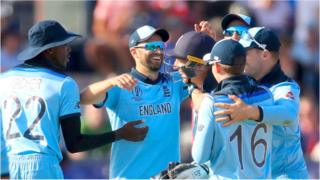 But which team will they need to face down at Edgbaston on 11 July to make it through to the the final?

Wimbledon double acts to watch out for!

Chelsea have named their new manager

Why do people say England have a penalty curse?

Who is in the Cricket World Cup semi-finals? 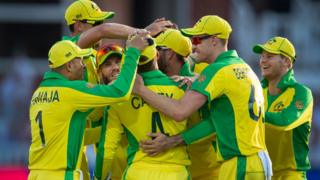 Alongside England, two other teams have already qualified for the semis.

Australia were the first team to make it through when they beat England by 64 runs at Lord's on 25 June.

India are also in the semi-finals, following their win against Bangladesh at Edgbaston.

That leaves one remaining place in the final four that needs to be filled. 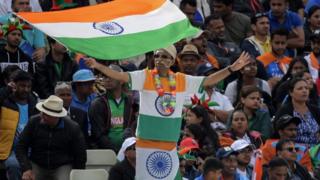 Getty Images
No prizes for guessing which team he supports! India were cheered on to beat Bangladesh by 28 runs

New Zealand look like the favourites to bag the last spot in the semi-finals, with the most points of the remaining teams.

Pakistan are the only team who can steal the spot if they can win against Bangladesh at Lord's on Friday.

But Sarfaraz Ahmed's team would need to beat Bangladesh by a massive, slightly unrealistic margin to get enough points to do that.

Who will play England play in the Cricket World Cup semi-finals?

With the results as they stand, it looks like England will face either India or Australia in the semi-finals on 11 July.

At the moment, Australia have the most points and if they beat South Africa on Saturday, they'll stay top spot. 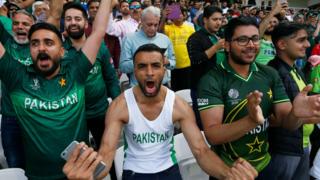 The top team plays the fourth team through to the semis, which is most likely to be New Zealand, unless Pakistan manage a near-impossible score against Bangladesh.

But if South Africa beat Australia on Saturday, that could mean India top the group.

When is the Cricket World Cup 2019 final?

The final will be held at Lord's on 14 July.

Cricket World Cup 2019: Everything you need to know!

Cricket World Cup: Where are all the kids' shirts?

Fortnite battles with Apple and Google