Wimbledon 2019: The doubles pairs to watch out for! 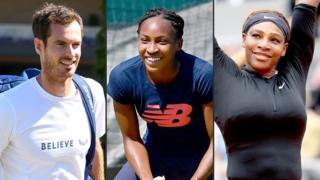 Every year at Wimbledon we watch the stars of the tennis world slog it out for the title of champion.

Most of the focus is usually on the singles title - who will lift the men's and women's individual trophies.

But there are also loads of doubles matches going on - and this year those match-ups are some of the most talked-about in the whole competition.

So let's take a look at some of the big double-headers you need to know about.

Who is Cori 'Coco' Gauff?

Quiz- How well do you know Andy Murray

The players to watch out for at Wimbledon 2019 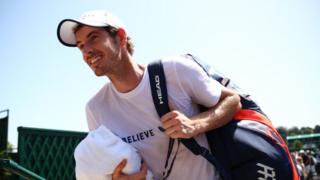 There's always loads of buzz around Andy Murray at Wimbledon. He is a two-time winner after all!

Well, this year he's back at Wimbledon, but not in the singles - he's in the doubles this year.

It's only six months after lots of people thought he might have to quit tennis because of a hip injury.

But he's had an operation and is making his way back to fitness.

He'll be playing with Pierre-Hugues Herbert in the men's doubles but what we're ALL really waiting for is... 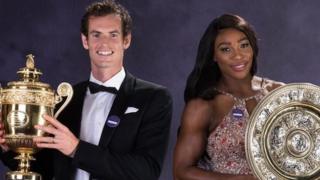 Is this a match made in heaven or what?

Two proper legends of tennis teaming up - surely no one will stop them!

Although Andy says the two of them have never really hung out off the court, they have spent time together at tournaments over the years.

When in 2016 they both won Wimbledon they sat together at the Champions' Dinner... but, no, they didn't do the traditional dance.

Now, they'll be playing together on court.

Thankfully we didn't dance together after, which has been a tradition in the past. No-one needs to see my dancing!

Serena is a tennis superstar. She has 23 major titles to her name and who would put it past her to get another one this year?

Meanwhile, Andy is truly a Wimbledon hero. When he first won in 2013 he became the first Brit to win in for over 70 years.

'Coco' Gauff has captured the nation with her stunning performances at Wimbledon so far - and she's only 15!

She caused a big stir in the opening round when she knocked out Wimbledon legend Venus Williams (Serena's sister).

In the mixed doubles she'll be playing with British player Jay Clarke. 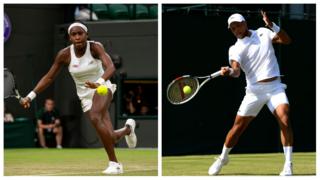 Jay, 20, is a former GB junior number one and has one four Futures titles - competitions for young tennis stars.

He also has an older brother and younger sister who are tennis players too - what a talented family! 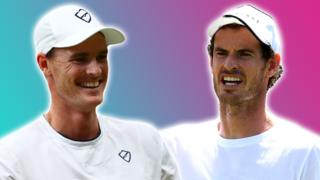 We've talked about one Murray, but what about his brother Jamie?

Andy's younger brother is a doubles expert. He's a six-time major winner and has won at Wimbledon twice.

He's also playing in the men's doubles this year, which could put him head to head against his brother!

Murray v Murray? What will their mother Judy do?!

Answer: she says she wouldn't even be able to watch! 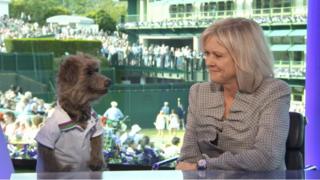 Yes, it's one of Wimbledon's most memorable match-ups.

Hacker and Sue Barker ("better than a permanent marker") often get together to chew over the action.

Sue is a BBC tennis commentator and was a famous tennis player who won the French Open in 1976.

CBBC star Hacker will be down at Wimbledon throughout the tournament so keep an eye out for his videos!

Tennis player turns up for a match in the wrong town

Should parents smoking be banned at kids' sport?

Check out these hilarious pet photos!