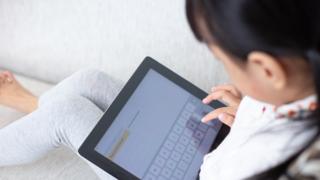 South Korea is the most connected country in the entire world. Almost everybody has a smartphone and access to the internet, but this has come with a darker side.

Official figures for last year show that over 140,000 young people were addicted to the internet, but some reports suggest that this number could in fact be much higher.

As a result, there are many centres across South Korea where teenagers can go to be treated for this and to receive help to get offline.

Schools have also introduced special programmes to try to stop children from becoming addicted in the first place.

Newsround has been to South Korea to visit an internet addiction camp in an area called Muju to find out more about the issue.

What is it like to escape from North Korea?

What is internet addiction?

Having an addiction to something is when a person does not have control over doing, taking or using something to the point where it could be harmful to them, according to the NHS.

So, having an internet addiction is when a person is using the internet so much that it is having a negative impact on their mental or physical health, or both.

It can affect a person's behaviour and how they interact with the real world. People may also lose track of time and neglect their basic needs, such as eating or sleeping.

Like with other addictions, not being on the internet could also cause problems for someone who is addicted - for example, feelings of anger or sadness.

What is an internet addiction camp?

An internet addiction camp is a place where people can go to receive help for the unhealthy relationship that they have with the internet.

They can learn techniques to help them to become more independent from the online world and to change how they feel about spending time online.

Since 2014, over 1,200 young people have attended the same internet addiction camp as Hawon.

'Don't let your phone own you'

Could online gaming turn into gambling?

At the camp in Muju, the rules are very strict and phones are not allowed. As soon as the teenagers arrive they have to hand over all their electrical items, even including things like hair straighteners.

The camp focuses on helping teenagers to feel better about themselves away from their phones.

It hosts craft sessions, sports, games and activities which are designed to help young people to come out of the digital world, and back into the real one.

The idea is that these activities will help those at the camps to find other ways to feel happy and relaxed, instead of by getting 'likes' and winning games online. 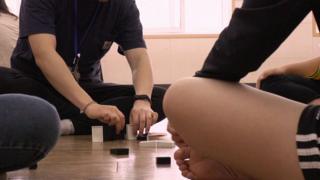 At the camp, teens are encouraged to play games and do activities to help them to engage more with the real world, rather than the digital one

There are counselling sessions too where children can talk about their problems. The counsellors help the teenagers to know when to stop using their phones and to change their attitudes towards their devices.

Camp manager Yong-chul Shim explains: "Here, we try to give them alternatives to the internet, games and social media.

"When we run a camp, we try lots of different activities to show the teenagers that they can have more self-worth and confidence outside of the cyber-world."

What's it like to attend an internet addiction camp?

Newsround met Hawon, 17, who was attending the camp because of her addiction to watching YouTube.

"I watch YouTube literally every single day, sometimes for 18 hours," she said. "I take my phone with me to the bathroom, or while I'm eating, I'll hold it. In my mind, I'm like 'I'm just going to watch it for one hour', but then it goes on and on. It's hard to stop."

Hawon said life in South Korea can be really stressful, especially as young people are expected to work really hard at school, so she thinks many Koreans use their smartphones to de-stress. Hawon herself explains how she watched YouTube videos to make herself feel happier.

Gambling addiction clinic for children to open in UK 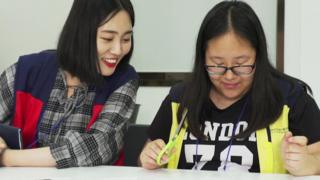 Hawon, on the right, attended the camp to deal with her addiction to YouTube

But doing this had a big impact on her life.

"It affected my school studies and when our friends met, we were only on our phones and didn't talk to each other. I fell asleep in school. I would get mad at people for no reason."

She realised that it was a problem that needed to be dealt with and sees the camp as a way to do this.

"I wanted to overcome that addiction - to look around at my surroundings and not just the phone," said Hawon. "This is an opportunity for me to fix my problems."

Hawon is one of 10 girls at the camp in Muju. The camps usually last between one and four weeks, depending on the seriousness of their addiction.

On the first day of camp, Hawon's phone was taken off her, which she found very difficult and wondered how she would manage without it. 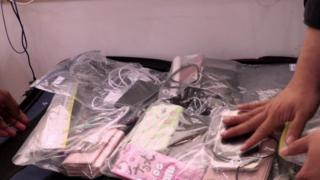 Those attending the camp have their phones taken away from them

Camp worker Tae-joon Kim explained how some young people coming to the camp really struggle when their devices are taken off them and say that they want to go home.

"From the moment they hand in their phone, they have a very hard time," he says.

But as the days went by, Hawon got used to life without her device.

She feels hopeful that on leaving the camp, she will be able to reduce the amount of time that she spends watching videos online.

She hopes to spend the extra time she has away from her screen with her family instead.

BBC Own It has lots of tips and advice about life online. If you're worried or have any questions about anything you have read in this article, you can speak to an adult that you trust, like a teacher or a member of your family. Alternatively, you can call Childline for free on 0800 1111.