Netball World Cup 2019: All you need to know

The international tournament, which is held every four years, will see 16 squads from across the world battling it out for the coveted title of World Champions .

The England team, who are also known as the Roses, will be hosting the 15th edition of the World Cup, with the tournament taking place at the M&S Bank Arena in Liverpool.

This year marks the fourth time the World Cup has been held in the UK.

Let us know which team you are rooting for this year and leave a message in the comments below!

Why England's netball team are legends!

England netballers through to semi-final

Since England won the gold medal at the Commonwealth Games last year, the number of people playing football has grown. 130,000 people have come back to the sport with 1.4 million people playing in England.

Grace, Eva, Ruby, Faye and Emily are ball girls at the world cup called 'ball patrol'. They'll be closer to the action than anyone and they spoke to Newsround about why they are inspired by the world cup.

Can you figure out the nicknames of these eight teams competing in this year's World Cup?

Who's taking part this year? 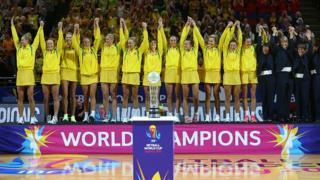 As this year's hosts, England automatically qualified to take part in the 2019 tournament, along with the top five teams in the world rankings.

These are reigning World champions Australia, along with New Zealand, Jamaica, South Africa and Malawi.

The remaining competitors were selected through qualifier events which took place last year.

Teams to watch out for 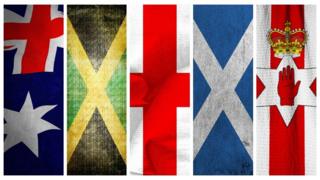 Australia, also known as 'the Diamonds', are the team to beat. They're currently sitting at the top of the International Netball Federation (INF) world rankings and won the World Cup in 2007, 2011 and 2015.

But the Scottish 'Thistles' netball team have recently risen to seventh in the world rankings, the highest in their history, with Northern Ireland just one place behind. Could an underdog provide a shock at this tournament? We'll soon find out.

The bright bird was created by 10-year-old netball fan Orla, who won the mascot design competition.

As well as seeing her creation come to life, Orla won tickets to the opening ceremony and will walk the mascot out in front at the tournament.

What do we know about the home nation squads?
England 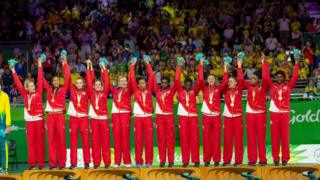 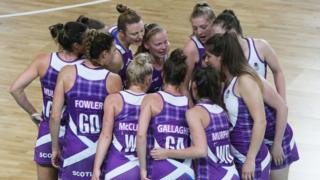 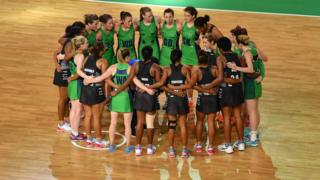 Coverage will be available on BBC Two and via the BBC iPlayer.

Women's sport 2019: What to look out for this year

Glastonbury: The 10-year-old dancer who performed on stage with Stormzy

Why is everyone talking about the Ellen Show?