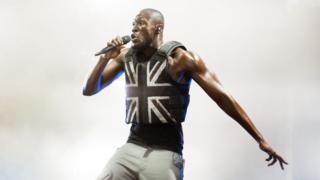 Stormzy absolutely dominated the Pyramid Stage at Glastonbury on Friday.

The UK rapper made history by becoming the first black British solo artist to headline the main stage.

He used his performance to highlight some of the inequality and injustice that young black people experience in the UK.

Stormzy flashed crime statistics on the big video screens, and played clips from a speech by MP David Lammy talking about racial prejudice in the criminal justice system.

Stormzy, the Jonas Brothers and other celebrity collabs

Top acts to watch out for at Glastonbury

Later, there was a performance from a ballet dancer to show how racism and privilege are still present in many walks of life - as ballet shoes have only just become available to buy in different skin tones. 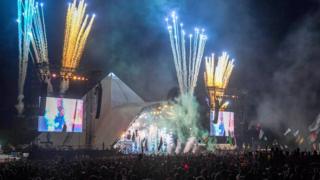 Stormzy also covered Ed Sheeran's 'Shape Of You', after Ed revealed earlier this year the two of them would be collab-ing on his new album.

There were even BMX riders who performed on stage during his song 'Vossi Bop'.

Here's some more reasons why Stormzy is awesome... 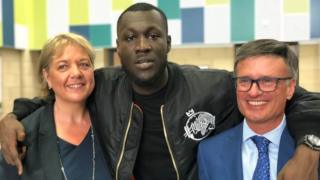 Stormzy got six A* in his GCSE exams at school!

He said: "I was quite smart in school so I got good grades, but I was also a bit of a class clown".

His English teacher Claudette Bergin was a big inspiration to him, and she also taught singer Adele!

When he was younger he used to collect badges from the school library for every book he read.

Stormzy is not his real name 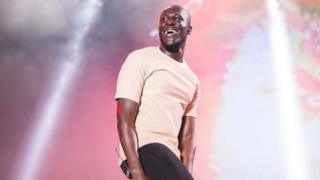 Getty Images
Find out what Stormzy's real name is...

He goes by Michael Omari for short.

Stormzy is really close to his mum, who he calls 'mumzy'.

He has his own record label 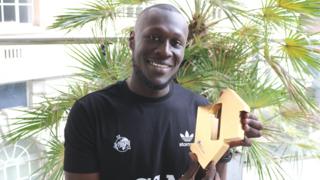 Stormzy released his first album in 2017, which reached number 1 in the UK Album Charts, through his own record label.

The rapper set up his own record label: #MERKY Records.

As well as this Stormzy teamed up with Penguin books, to make #MERKY Books - which publishes books by young writers.

He helped students to study in top universities 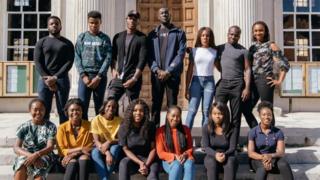 Stormzy set up a scholarship to help pay for two black British students to go to Cambridge University, one of the top universities in the country.

Stormzy said: "If you're academically brilliant don't think because you come from a certain community that studying at one of the highest education institutions in the world isn't possible."

Cambridge University has been criticized in the past for not letting in many students from a black, Asian and minority ethnic (BAME) background.

"We're going to have young black students who are academically brilliant and smashing it, and they should just have that opportunity to walk into a university like Cambridge," says Stormzy.

Stormzy, the Jonas Brothers and other celebrity collaborations