Stonewall riots: 50 years on from the riots that changed gay rights history 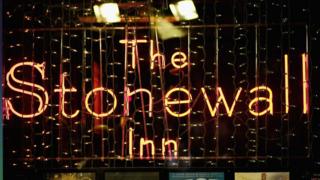 It's the 50th anniversary of the Stonewall riots, which helped spark the fight for gay rights around the world.

During the 1960s, being gay was classified as a mental illness in the US. Gay people were regularly threatened and beaten by police, and were shunned by many in society.

But the Stonewall riots in 1969 were a landmark event in history, which helped to fight homophobia and campaign for equal rights.

All you need to know as Stonewall turns 30

Pride Month begins: History of gay rights in the UK 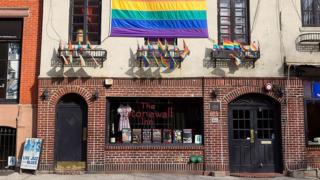 It was the second time that week the police had raided it. They threw 200 people out onto the streets and beat some people.

The gay community were angry about the way they were being treated by the police, so they chose to fight back. 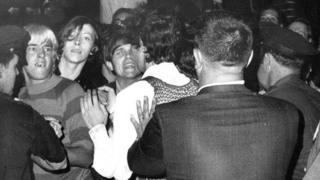 This event triggered a week of protests and rioting by people from the gay community, who were fed up of being harassed by the authorities.

News of the riots spread around the world, and this inspired others to join protests and rights groups to fight for equality.

How has it changed gay rights?

After the Stonewall protests happened, the first Pride festival officially took place in the UK in 1972.

Around 2,000 people turned out for the event back then. But now, more than a million celebrate the event every year in London.

The charity Stonewall was founded in the UK in 1989, named after the bar which sparked the famous riots.

It works to fight inequality and homophobia, and campaigned to overturn the Section 28 law, which prevented teachers from talking about gay relationships at school in the UK.

It became illegal to encourage homophobic hatred in 2008.

In 2013, gay marriage became legal in in England and Wales, and then later in Scotland. In Northern Ireland, gay marriage is not allowed.