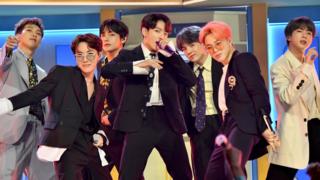 BTS fans - brace yourselves. The boys are releasing their new film in cinemas today!

ARMY around the world will be able to watch the sold-out showing of Bring the Soul: The Movie in the cinema.

It's the boy's third film release and follows them during the European leg of their 2018-19 Love Yourself tour, which saw them play 24 concerts across 12 different cities.

It will also show BTS the day after the final concert of this tour, which was held in Paris, on a rooftop overlooking the city, sharing stories that nobody has heard before.

In a video message, Jimin says: "Look forward to an exclusive clip you can watch only at the theatres." 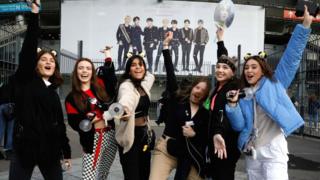 It's similar in style to last year's Burn the Stage: The Movie, which contained performances, interviews and exclusive footage.

Trafalgar Releasing boss Marc Allenby says it will be "an intimate opportunity to see the band following their landmark Love Yourself tour".

Quiz: How K-pop are you?

This isn't the only reason that it's a big week for BTS.

Guinness World Records has confirmed that the boys' album Map of the Soul: Persona is officially the best-selling South Korean album of all time.

Will you be going to see the new BTS film? Did you see either of the first two and, if so, what did you think of them? Let us know in the comments below!