Women's World Cup: Who's in the quarter-finals? 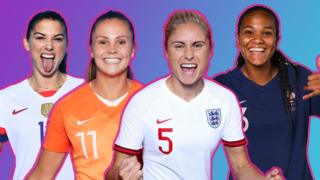 The line-up for the Women's World Cup quarter-finals is complete after the Netherlands scored a last-minute penalty against Japan to seal their place.

The Netherlands will now play Italy in Saturday's quarter final for a chance to make it into the final four.

Here's everything you need to know about the quarter-finals.

Lionesses match to be shown at Glastonbury after player's request

England march on after Cameroon controversy 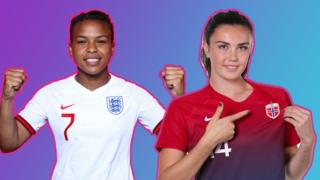 England are favourites for the match having beaten Cameroon comfortably 3-0 in the last round.

Norway needed penalties to get past Australia.

England are worried about the fitness of their captain Steph Houghton, after a heavy tackle during the game against Cameroon left her doubtful for the quarters.

The winner of the tie will play the winners from the match between France and the USA in the semi-finals. 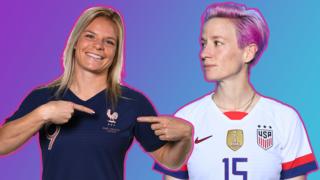 The USA are top of the world rankings and their only defeat since 2017 came against France in January.

They struggled through their last-16 match against Spain, needing two penalties to get past the stubborn Spaniards.

France needed extra-time to beat Brazil 2-1 in their last-16 match.

The winner of the tie will play either England or Norway in the semi-finals.

Ever fancied yourself as a sports pundit? Find out more below

Alex Scott: How to make it as a pundit 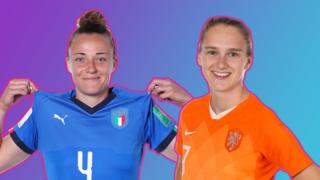 Italy play the Netherlands on Saturday afternoon at 2:00pm (UK time) in Valenciennes.

The Netherlands needed a last-minute penalty against Japan to win 2-1 and book their place in the final eight.

The winner of the tie will play either Germany or Sweden in the semi-finals. 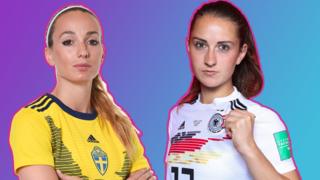 They beat Nigeria comfortably 3-0 in their last-16 tie.

The winner of the match will play Italy or the Netherlands in the semi-finals.

Africa Cup of Nations: Seven stars to watch out for

Quiz: Which of these sports aren't in the Olympics?