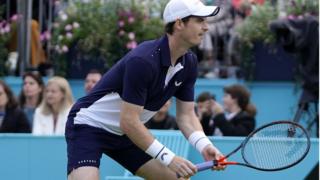 Andy Murray has confirmed he will play at Wimbledon following a triumphant return to tennis following his career-threatening hip operation.

In his first competitive game since the Australian open when he hinted at retirement, he and doubles partner Feliciano Lopez beat one of the best doubles teams in the world at Queen's.

Before the operation he talked about being in a lot of pain and had even announced he might have to stop playing.

Andy Murray: I'm pain-free and I want to keep playing

After the surgery he had to learn to walk again before picking up a tennis racket.

His success at Queen's Club in the doubles has made him even more optimistic and he confirmed what a lot of fans were hoping to hear - that he would be playing at Wimbledon. 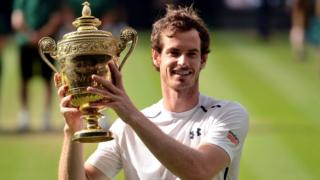 He'll be partnering the four-time slam champion Pierre-Hugues Herbert at the major tennis championship, but has also said he's looking for a mixed doubles partner.

Murray and Lopez will face either British duo Dan Evans and Ken Skupski or the Canadian-Australian pairing of Felix Auger-Aliassime and Alex de Minaur in Friday's quarter-finals at Queen's.

Andy could even face older brother Jamie - who is a six-time Grand Slam doubles champion- in the last four if they both come through their last-eight matches.

Andy Murray: Why his return at Queen's matters

'Believe in yourself': Andy Murray's advice for kids