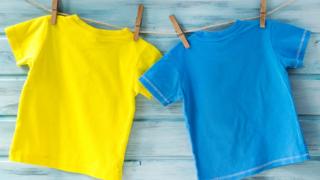 Ideas to force the fashion industry to be more eco-friendly when they make cheap clothes have been turned down by the UK government.

Members of Parliament made 18 recommendations to ministers which aimed to help to improve environmental and working practices in the fashion industry. The ideas aimed to do more to end the culture of throwaway clothes and poor working conditions.

The plans came from the Environmental Audit Committee (EAC). The MP who leads the EAC, Mary Creagh, says that the UK sends 300,000 tonnes of clothes a year to be burned or to landfill and more needs to be done.

The government says it is already dealing with the impacts of fast fashion - and that many of these ideas were in these plans were already in place.

Among its suggestions were:

What is the issue with fast fashion?

Lots of people are looking closely at the impact the fashion industry has on the environment.

There are loads of cheap clothes around, which is great for looking good without spending all your pocket money, but experts say it can also have a big affect on the Earth's climate.

The fashion industry doesn't only create a lot of emissions by making clothes and transporting them throughout the world, but old clothes also often end up in landfill and fibres can flow into the sea when clothes are washed.

Find out more about where your clothes come from with this interactive story below and keep reading to find out what the government says it's doing about the problems.

What has the government been saying?

In 2018 Ayshah caught up with Michael Gove, the Secretary of State for Environment, Food and Rural Affairs to find out what he thought of fast fashion and what he thinks should be done about it.

But in reference to the EAC proposals, a government spokesperson said: "It simply isn't true to say we are not accepting the committee's recommendations and that many of the recommendations are already being looked at.

For example, they point to the Sustainable Clothing Action Plan (SCAP), co-ordinated by the waste body - WRAP - which sets targets for the industry to reduce emissions, water and waste.