World Refugee Day: What is a refugee?

On 20 June people around the world are marking World Refugee Day.

Every year, millions of people are forced to flee from their homes in order to keep safe from war, persecution or natural disaster.

Millions of people have left Ukraine since Russia invaded the country in February 2022. The United Nations (UN) says the crisis has caused the fastest and largest displacement of people in Europe since World War II.

And the number of people around the world who have been forced to run away from conflict, violence and persecution has risen to more than 100 million for the first ever according to the UN Refugee Agency (UNHCR).

Those who have to leave their country are called refugees and the international World Refugee Day aims to raise awareness of the issues displaced people face.

What is being done to help Ukrainian refugees?

What is a refugee?

A refugee is a person who has been forced to leave their country in order to escape war, persecution or natural disaster.

Every year, millions of people across the world are forced to leave their homes and lives behind in the search of a new life somewhere safe and it thought that around half of these people are children.

What happens to refugees?

Refugees leaving their countries often take long journeys by car, lorry, boat or even on foot to get to safety.

Many times these journeys are dangerous, and some people don't make it to their final destination.

They can sometimes struggle to find shelter, food and water.

Often they gather in places called refugee camps, which are giant camps with many thousands of people living there, often in poor conditions.

Refugee camps are usually managed by charities and can be as big as cities.

They aim to offer some form of safety to people who have had to leave their homes behind.

But the living conditions in these camps can be very poor, and they are often cramped and overcrowded.

Some camps have hospitals and even schools where children can continue with their education.

Other camps have nothing at all, though.

What is an asylum seeker? 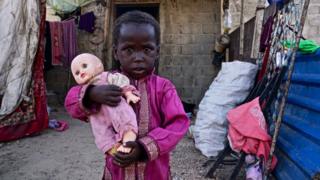 Once many of the refugees reach somewhere safe, they can remain a refugee or decide to ask for special permission to stay in that country called asylum.

Doing this makes them an asylum seeker.

An asylum seeker is a person who flees their home country, enters another country and applies for the right to international protection and to stay in that country. People are meant to ask for asylum in the first safe country where they arrive.

In the UK, asylum seekers do not have the same rights as a refugee or a British citizen. For example, asylum seekers aren't allowed to work. They must rely on state support. Housing is provided, but asylum seekers can't choose where it is.

What is being done to help refugees? 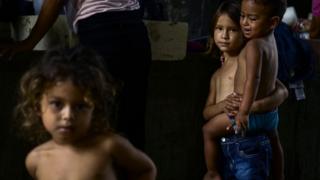 UK and international charities have set up camps where migrants and refugees can get help in different ways, from food and shelter, to education for young refugees.

Different countries, including the UK, have offered thousands of families a new life where they can start over, away from conflicts and issues in their home countries.

Many countries have offered food, money and help to those countries that are at war. 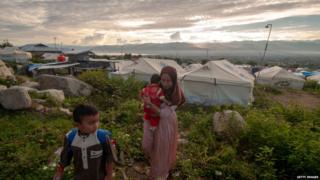 However, when the number of refugees increases some governments say they are struggling to cope with the large number of new arrivals.

In some cases, the issue of where refugees end up living can be become a controversial political issue.