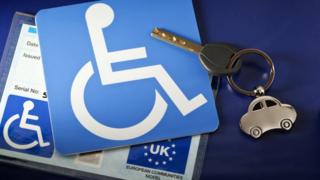 People with hidden disabilities like autism, dementia or anxiety can apply for a blue badge parking permit in England.

A blue badge permit means the user can park in designated disabled bays. This usually means that they can park closer to their destination.

Scotland and Wales have already introduced similar rules to include some non physical conditions, but the rules have not yet been changed in Northern Ireland.

It's not just for adults, as parents can apply for a badge if they have a child in the family with a disability too.

What not to say to kids with invisible conditions

Starting high school with a disability

Disabled kids 'shut out of playgrounds'

You will have seen special marked disabled parking spots at supermarkets and so on, but the idea of blue badges is that they allow people who need them to park closer to where they need to be, to make access easier.

The guidance was issued by the Department for Transport (DfT), a branch of the government and begins on the 30th August.

Local councils will still have the final say on who does and who doesn't qualify for a blue badge.

Around 2.35 million blue badges have been issued in the UK to people who have physical mobility difficulties or are registered blind.

It's not known how many people will qualify under the new rules. 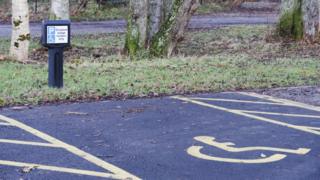 A charity called Scope said that these changes "could make a real difference for many disabled people with invisible impairments".

They also said that more needs to be done to make sure there are more blue badge spaces to meet the increase in demand.

The government said it would provide an extra £1.7 million to help councils cope with the bigger demand for spaces.

What are the Special Olympics 2019?

Barbie: New toy has a wheelchair and a prosthetic leg to try to reflect diversity

Why a wheelchair toy makes a big difference