Friday 22 June marks the first ever Windrush Day in the UK.

It was on this day 71 years ago, that several hundred people arrived from the Caribbean to start a new life in Britain.

The idea of this new day is to celebrate the many contributions the Caribbean community has made to British society.

Let us know in the comments below if you are taking part in any special events.

How is Windrush Day being celebrated? 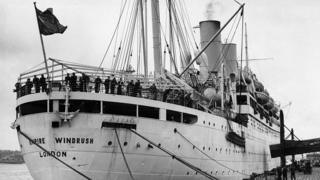 The government has said it will give £500,000 every year to groups and local authorities who want to celebrate Windrush Day and educate communities about the experiences of the Windrush generation.

Many events will be taking place across the UK including exhibitions, workshops and festivals.

A special Windrush statue honouring the "tremendous contribution" of the Windrush generation is to be built in London. 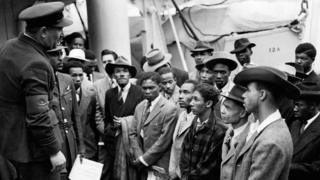 Prime Minister Theresa May said the memorial, at Waterloo station, would be seen by "millions" of people every year.

Baroness Floella Benjamin, chair of the Windrush Commemoration Committee, said: "Having a Windrush monument located at Waterloo Station where thousands of Windrush pioneers - including children like myself - first arrived in London, will be a symbolic link to our past as we celebrate our future."

Who are the Windrush generation?

After the Second World War, many parts of the UK needed to be rebuilt.

Caribbean people who had served in the British armed forces were encouraged to come to Britain to work.

Some came for specifically to find jobs, others wanted to travel overseas to experience life in a place they'd heard a lot about.

Many of those who decided to move to Britain boarded a ship called the HMT Empire Windrush.

It arrived at Tilbury Docks in Essex on 21 June 1948. Its passengers left the ship on June 22.

More people came to Britain in the years that followed and it is estimated that around 500,000 people living in the UK are part of the Windrush generation.

This covers those who arrived in Britain between 1948 and 1971 and their families.

How were the Caribbean people who came to Britain treated?

Those who came to Britain from the Caribbean with hopes of creating a better life for themselves and their families were not treated very well.

Racism and discrimination was quite common and migrants struggled to feel settled.

Some even found it difficult to get jobs or proper homes to live in and many children were picked on at school because they looked different.

What problems have the Windrush Generation faced recently? 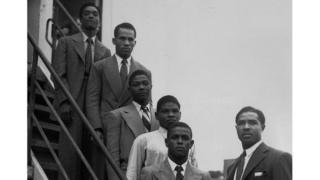 The government faced a lot of criticism last year as some members of the Windrush generation were told they were living in Britain illegally.

Many of these people had lived and worked in Britain for a long time, but changes to the law required them to have official documents to access certain services like healthcare.

Some of those who were unable to provide these documents were sent to immigration detention centres and others were forced to leave Britain.

Following a review of almost 12,000 cases, it was found that many people may have been wrongfully detained and deported and some received apology letters from the Home Secretary Sajid Javid.

Kids speak about their afro curly hair 'My hair is unique, I feel really lucky'

'I wish I could be back at school' Nikki Lilly talks end of term.

What do you call this creep crawly?