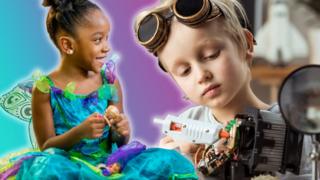 Have you ever been watching TV and seen an advert where girls wear pink and play with dolls and boys wear blue and play with cars and thought - why?

Well, this is something called 'gender stereotyping' and companies use it to market toys, clothes and toiletries to specific genders.

Now a ban on adverts featuring "harmful gender stereotypes" or those which are likely to cause "serious or widespread offence" has come into force.

The ban covers examples such as a man with his feet up while a woman cleans, or a woman failing to park a car.

The Advertising Standards Authority (ASA) - the group that makes sure the UK's advertising is fair - introduced the ban because it found some adverts could play a part in "limiting people's potential".

Why do shops divide products by gender?

What kids think about sexism in adverts

What do you think about female superheroes?

Sexism is where people judge or have expectations of others based on their gender.

Often it is the idea that one gender is better than the other gender at particular things.

"Boys are better than girls at sport" is an example of sexist statement. 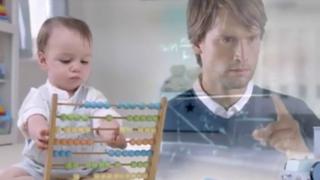 Aptamil
An advert for baby formula Aptamil was accused of reinforcing gender stereotypes. Here a baby boy was shown growing up to be an engineer

The ASA did a review of gender stereotyping in adverts in both broadcast and non-broadcast adverts, including online and social media.

As part of this, it brought together members of the public and showed them various adverts to see how they felt about how men and women were shown.

One of them was a 2017 television advert for Aptamil baby milk formula, which showed a baby girl growing up to be a ballerina and baby boys engineers and mountain climbers.

The ASA found some parents "queried why these stereotypes were needed, feeling that they lacked diversity of gender roles and did not represent real life."

At the time it was released, the campaign received complaints but the ASA did not do a formal investigation as it did not break the rules. 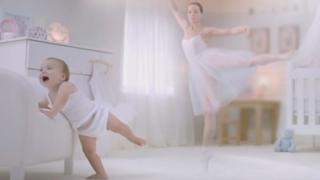 harmful stereotypes...restrict the choices, aspirations and opportunities of children, young people and adults and these stereotypes can be reinforced by some advertising

The new rule will effect adverts which include:

However, the new rules do not stop the use of all gender stereotypes. The ASA said the aim was to identify "specific harms" that should be prevented.

So, for example, adverts would still be able to show women doing the shopping or men doing DIY, or use gender stereotypes as a way of challenging their negative effects.

What do you think about the ban? Let us know your thoughts in the comments below.