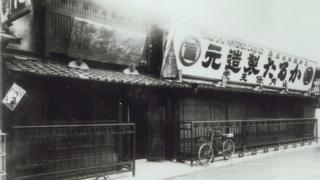 Public Domain
The front of Nintendo's first store in Kyoto

Down a narrow side street in the ancient Japanese city of Kyoto, businessman and crafter Fusajiro Yamauchi sat in his new headquarters, designing brightly coloured playing cards.

The cards - known as Hanafuda - were beautifully decorated and hand-made. They were so popular that soon Mr Yamauchi had to recruit staff to help him to craft them.

What Mr Yamauchi did not know - and would never know - was that his card shop, launched 23 September 1889 in Japan's former Imperial Capital, was to grow within a century into one of the biggest and most influential gaming companies in the world.

This is the story of Nintendo.

Who won what at the Bafta Game Awards?

The two sides of hanafuda

Over the following 70 years, cards adorned with nature scenes and symbols were expertly crafted by the Nintendo company.

Hanafuda - meaning 'flower cards' - were divided into twelve suits, one for each month of the year.

They were influenced by traditional Japanese games, but also by Western-style 52-deck playing cards.

However, instead of numbers on the cards, they used pictures.

Nintendo's cards became popular throughout Japan. But eventually, the brightly coloured pictures became connected with gambling and with the gangsters known as Yakuza.

The name 'Yakuza' actually comes from the numbers ya-ku-za or 8, 9 and 3; a zero score in a card game known as Oicho-Kabu. 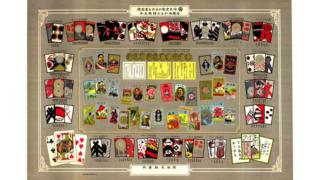 Members of the Yakuza even have tattoos that are inspired by the illustrations on the Nintendo cards.

Many people in Japan no longer like to play hanafuda due to their historic association with crime.

But the success of the cards meant that Nintendo continued to produce hanafuda until they fell out of favour in the 1960s.

At this point, the Nintendo company was turned on its head by its new leader - a man called Hiroshi Yamauchi. 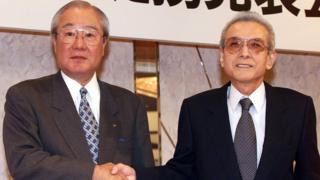 In 1950 at just 22 , the great-grandson of Fusajiro Yamauchi took over Nintendo.

He became known as a fierce and sometimes menacing leader, but one with passion and an innovative mind.

His vision was to expand the company into different ventures besides card-making, including toys and amusement arcades.

Ironically, Hiroshi never enjoyed playing video games - playing only one in his life. 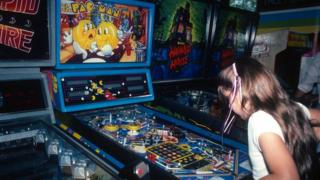 Getty Images
In the late 1970s and throughout the 1980s, arcades full of games became increasingly popular with young people

In manufacturing electronic games with high mark-ups, the company enjoyed some big successes but nothing like what was to come.

In the late 1970s, investment in a fast-emerging technology catapulted Nintendo to a global stage.

That technology was video games.

Companies such as Atari, Mattel (maker of Barbies) and Taito had already started to develop in this market. Maybe you've heard of creations like Pong and Space Invaders?

In 1975, Nintendo began the development of its first electronic video game systems. By 1978, they produced a computer game version of the boardgame Othello.

But this was just the beginning. 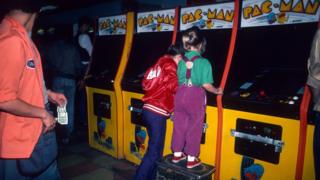 Getty Images
The legend of Jumpman

In 1980, a groundbreaking game was developed by the Nintendo artist Shigeru Miyamoto. The game was called Donkey Kong.

The villain was a giant gorilla with an inexhaustible supply of barrels, while the hero was a man in a red boiler suit wearing a little red hat.

He was known as Jumpman, but you might recognise him better as the Italian plumber - Mario. 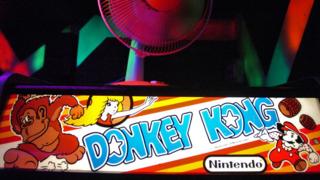 Donkey Kong took the world by storm and it became a hit in arcades.

Jumpman was soon renamed. His name was inspired by the landlord who owned the warehouse in which the American headquarters of Nintendo was based - Mario Segale.

Nintendo created new games, including Donkey Kong Jr (in which the son of Donkey Kong has to rescue his father from the clutches of Mario), The Legend of Zelda and Super Mario Bros.

Super Mario Bros was a smash hit and soon the character of Mario was recognised all over the world. 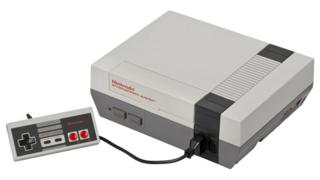 With the success of these games, Nintendo also launched a new home game console known as the Nintendo Entertainment System - or NES for short.

It was first released in Japan as Famicom, but hit US stores two years later and helped revived the gaming industry.

By 1989, Nintendo had managed to develop the technology to release its first handheld console - the Game Boy.

This was not the first hand-held game console - the first had been created ten years earlier - but Game Boy was popular because of its original design and long battery life. 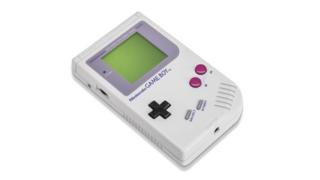 The rise of Nintendo's success has at times seemed unstoppable.

Over the past 30 years to present day, it has created a host of loved characters and popular games.

Link, from The Legend of Zelda, achieved cult status in 1998 game the Ocarina of Time. Mario gained a brother, Luigi. Both in turn gained evil alter-egos, Wario and Waluigi. 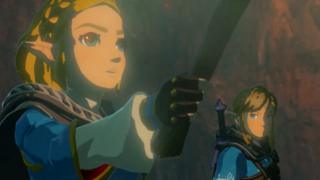 Nintendo
Nintendo showed a trailer for the sequel of Legend of Zelda: Breath of the Wild at E3

New consoles such as the Nintendo DS - a two-screen device with multiplayer capability - and the Nintendo Wii, with its motion sensitive console, allowed the company to expand its reach and influence.

According to the Guinness World of Records, Nintendo has secured four places in the top ten best-selling game consoles - second only to Sony's PlayStation which has five.

Their Nintendo DS has been their most popular console to date, selling 154.9 million units.

Nintendo was soon considered to be at the heart of modern game innovation.

But a major piece of Nintendo's success is down to two gaming enthusiasts who self-published a magazine called Game Freak. 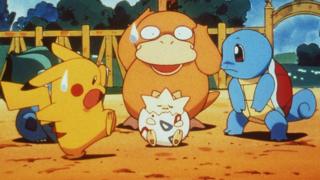 Getty Images
The story behind Pokemon

Starting as the writers and artists of a gaming magazine in Japan, the creators of Game Freak Satoshi Tajiri and Ken Sugimori decided to develop their own game after they were disappointed with what the market was offering.

This began with a series of games for Nintendo, including Mendel Palace, Yoshi and Mario & Wario .

But in 1998, two new games hit the Japanese market that soon became a global sensation.

Capsule Monsters was pitched to Nintendo a few times, but without success. Soon it was redeveloped into Pocket Monsters.

Players could capture monsters in little balls as they travelled around a fictional universe full of trainers, battles and badges. 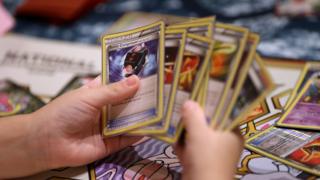 The release of two games for Game Boy - Pokemon Red and Pokemon Blue - meant that the 151 different monsters that players had to collect could only be done by either purchasing both games or by sharing Pokemon with friends via the Game Link Cable that connected two different Game Boys together.

The partnership between Pokemon creators - Game Freak - and Nintendo was cemented. 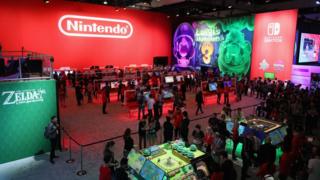 Getty Images
What next?

Since Nintendo's humble beginnings, it has risen to dizzying heights.

Its successes are undeniable, but it now competes in a market packed with creativity and innovation.

The offerings of the E3 conference are a testament to how far the gaming industry has come since the days of Pong.

But Nintendo has established itself as an industry leader and a future-thinking creator, with gaming at the core of its origins.

All that remains is to see how far this former card shop can go.

Bafta Game Awards: Who won what?

20 firms produce more than half of single-use plastic waste

Eurovision is back so here's all you need to know!