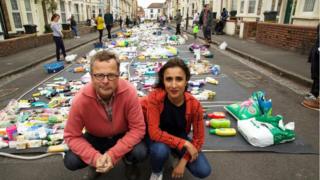 Every minute of every day, the equivalent of a garbage truck full of plastic is emptied into the world's oceans.

That's around 12 million tonnes of plastic entering the world's oceans every year!

In a new three-part BBC series, presenters Hugh Fearnley-Whittingstall and Anita Rani explore where this plastic problem is coming from and what we can all do to try and solve it.

Here are six things to watch out for in War on Plastic with Hugh and Anita.

#Trashtag challenge to paddleboarding - the amazing ways you're cleaning our planet 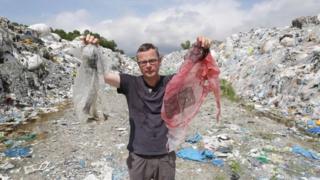 Hugh experiences first-hand the devastation that plastics are having on our planet during an investigation into our recycled plastic.

He travels to Malaysia where he is horrified to find mountains of British plastic waste rotting on illegal dumpsites, and local families suffering from its toxic effects.

Two-thirds of the UK's recycled plastic is exported to other countries - and Malaysia is taking 10 times more than it was before.

"When we put this in our recycling back in the UK, we think we're doing the right thing. I do my recycling and I feel good about it. At least I used too - I don't feel so good now. I feel embarrassed, I feel ashamed, I feel angry, I feel I've been lied to," says Hugh.

"Now we have to stop, take a long hard look at this and work out the right way to do things. Stop sending our plastic garbage thousands of miles overseas to end up in dumps like this," he adds.

2. Single-use plastics in our homes 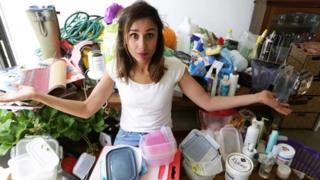 Anita and Hugh visit a street in Bristol, England to uncover the overwhelming amount of single-use plastics we have in our homes.

They challenge its residents to try and reduce the amount of single-use plastic to discover how easy - or difficult - it is to live without it.

Plastic problem: How are YOU helping?

Paper straws on the up in the UK 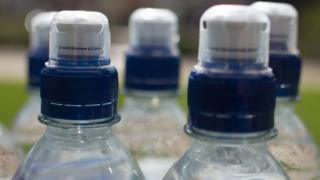 During the experiment, Anita and Hugh put our household items under scrutiny, revealing our addiction to bottled water.

They explore the difference between bottled water and tap water, discovering that they're both pretty much the same.

Hugh designs his own marketing ploy to see if the general public can tell the difference between them.

4. Supermarkets and companies need to do more to stop waste

On a mission to reduce our plastic consumption at a national level, Anita confronts organisations contributing to the crisis.

Our supermarkets create around one third of all plastic produced in the UK. With most of our shopping items packed in plastic, which often is not recyclable, the series challenges supermarkets at a local and national level - with many doing very little to accept change.

Anita reveals that our wet wipes are 80% plastic, and challenges companies who make them why they aren't telling us about the plastic they contain.

She also joins two young girls who are campaigning for McDonalds to stop giving away plastic children's toys, which cannot be recycled.

5. The growing problem of micro-plastics

With plastic so prominent in our everyday lives, Hugh puts micro-plastics under the microscope.

He discovers that plastic is leaking out of our polyester clothes in washing and even shedding from us as we walk down the street.

It's also raining down on us from the air, in our domestic spaces, and may well be entering our lungs. 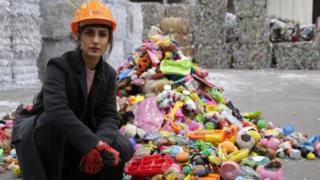 Since plastic was invented, we've produced 6.3 billion tonnes of plastic waste globally, and only 9% of this has been recycled.

So what does the future of plastic hold?

Hugh goes to Grangemouth, a plastic-producing factory owned by one of the richest men in Britain.

He is stunned to discover that at a time when everyone is more aware than ever about the importance of trying to reduce the plastics in our lives, the UK plastics industry has big plans to expand the amount they make.