Thousands of people are protesting again in Hong Kong over controversial plans to change the law.

The government has suspended a bill which would have meant that people accused of crimes against mainland China, could be sent there to go on trial.

The Chief Executive, Carrie Lam, had previously refused to drop the idea, even though lots of people weren't happy with it.

She told a press conference "The bill has caused a lot of division in society" and that she has heard people's calls for the government to "pause and think".

Protesters say a suspension is not enough and are calling for the law to be scrapped completely. Some are saying Carrie Lam should step down too.

Early on Wednesday 12 June tens of thousands of people, some wearing face masks and helmets, protested in Hong Kong ahead of a debate on the controversial extradition laws.

The debate was called off and rescheduled "to a later time to be determined".

Police in riot gear responded by using pepper spray on protesters to get them to move away and said they were prepared to use force.

The protestors were angry about a change to the law in Hong Kong, which they are worried could let China target people in Hong Kong who are against how the territory is being run or who are political opponents of China.

The demonstrations were thought to be the biggest since the 2014 Umbrella Movement, which also saw hundreds of thousands take to the streets.

Organisers estimated that about one million people took part in the march, but the police said greatest number was about 240,000 people.

Read below to find out more about the relationship between Hong Kong and China.

More on Hong Kong and China

The history of Hong Kong and China 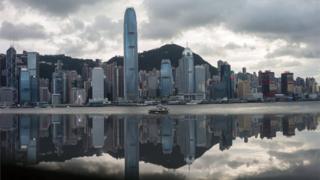 Hong Kong is a region in southeast Asia, smaller than the area of Greater London.

It has a population of roughly seven million people.

It was run by the UK until 1997, when control of the city was handed over to China.

But a special agreement with China - called "one country, two systems" - means that Hong Kong still has a number of differences to the rest of China.

The city has its own laws, its own courts and its residents enjoy certain freedoms unavailable to people who live in mainland China.

What are the Hong Kong protests about? 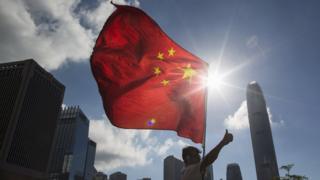 People were marching in Hong Kong against a law that they worry could allow China to target political opponents who are in Hong Kong.

The Extradition Bill would allow suspected criminals to be sent to mainland China to face trial.

The changes would also have allowed requests to Hong Kong that they hand over people accused of crimes in Taiwan and Macau too.

Hong Kong's leader Carrie Lam had pushed for the law changes to be passed before July. 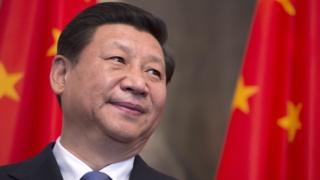 Supporters of the law have said Hong Kong courts will have the final say over whether or not to grant such requests, and suspects accused of political and religious crimes will not be sent to mainland China for a trial.

But critics say people in Hong Kong would face unfair trial and violent treatment under what they say is China's unfair court system, and it would lead to the city losing more of its independence.

Who were the protestors? 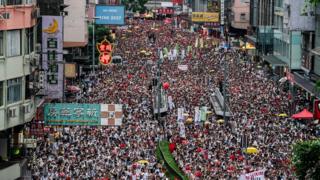 Protesters, marching in the severe heat dressed in white, included a wide range of people - from businesspeople and lawyers, to students and religious groups.

"This is the end game for Hong Kong, it is a matter of life or death. That's why I come," 59-year-old professor Rocky Chang told Reuters news agency. "This is an evil law."

"This bill will not just affect Hong Kong's reputation as an international finance centre, but also our judicial system. That has an impact on my future."