BBC Sport has launched its Change the Game campaign to showcase the best female athletes in the world this summer.

So we decided to look back at some of the great trailblazers that set the ball rolling for this generation of sportswomen.

Some were the first to compete in their field, while others broke records. But all of the women below have changed sport throughout history.

Read below to find out about these eight inspiring athletes.

More on women in sport

One team's battle for more than the World Cup

Have your say: Are there enough women in sport on TV? 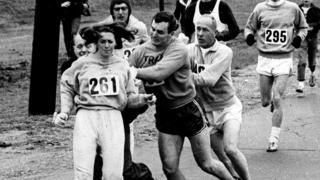 Women were not allowed to run more than 1,500 metres in official races in the 1960s, and marathons were traditionally for men only.

But that wasn't going to stop German Katherine Switzer. She managed to enter the 1967 Boston marathon by signing her name on the entry form KV Switzer.

When she was warming up the officials didn't see her, but after she started running an official tried to forcibly remove her from the race.

With the help of friends she managed to carry on running and complete the marathon.

It wasn't until 1972 that women were officially allowed to run in marathons. 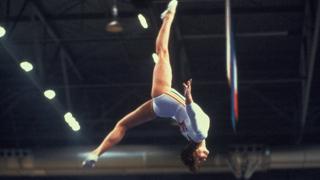 The first gymnast to achieve a perfect 10 at the Olympic Games in Montreal, Canada, in 1976.

Romanian Nadia Comaneci's first 10 came on the uneven bars, and she went on to achieve six more on her way to three golds and a bronze at the 1976 Olympics.

No one had achieved a perfect score before, so the scoreboard only had three digits to display scores like 9.50 or 9.86. 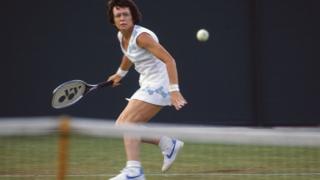 Considered one of the greatest tennis players of all time, Billie Jean King won 39 Grand Slam titles in singles and doubles competitions.

Billie Jean King is a campaigner for gender equality, and in 1973 she threatened to quit the US Open if the tournament didn't pay equal prize money to men and women. The organisers did what she asked.

The same year she faced former men's Grand Slam champion Bobby Riggs in the 'Battle of the Sexes' match, which was watched by 90 million viewers on TV. She won! 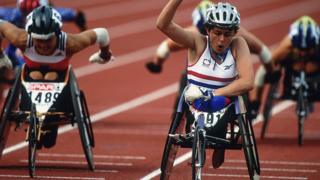 Tanni Grey-Thompson is one of Britain's greatest Paralympic athletes. She won 16 Paralympic medals - including 11 gold - across seven Games.

She also won the London Marathon six times and set more than 30 world records during her career.

She's now a Baroness in the House of Lords, and campaigns for disability rights.

In her book Baroness Grey-Thompson wrote: "If there was one thing that I could change, then it would be for young disabled people to naturally assume that they have a right to do everything their non-disabled counterparts are doing." 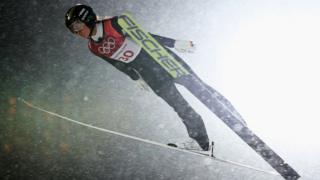 Her win in 2014 came 90 years after the men's event was first included at the Games.

Women's ski jumping had been around for more than 150 years but the International Olympic Committee was not sure whether to include it in the Winter Games.

Reasons given were numerous, including that the sport was too dangerous or that it could be harmful to a woman's health.

Vogt's final jump in the second round scored 120.6 to win her the gold medal. "It's amazing, I'm the first women's champion in ski jumping," Vogt said. 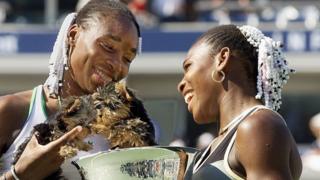 Tennis superstars Venus and Serena Williams have won 30 Grand Slam titles between them.

Venus has seven major titles, while younger sister Serena has 23, and is considered one of the greatest players of all time.

They won the Wimbledon women's doubles title together in 2016, and have both been active voices in the fight for race and gender equality.

When she won her 23rd Grand Slam title Serena thanked her sister Venus. "She's my inspiration and the only reason the Williams sisters exist," she said.

Nicola Adams in one of Britain's most successful athletes.

The first woman to win an Olympic boxing title in 2012, she then went on to win another Olympic gold medal four years later in the women's flyweight division.

She turned professional a year later and was victorious on her debut.

Women's World Cup 2019: Everything you need to know

Women in sport: 'More sportswomen on TV will encourage girls to be more active'