World Ballet Day 2019: Where did ballet come from? 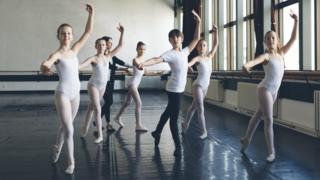 Ballet has been around for centuries.

It's a word that probably makes you think of dancers flying through the air, tutus and dizzying pirouettes, but what's it actually all about?

Read on to find out more about the dance form.

The headteacher who starts every morning with a dance

All-girl dance crew slaying all over the world

Where did ballet come from?

Ballet was first introduced in the 1400s during a period known as the Italian Renaissance. Some groups of people wanted a more modern way of thinking, which led to a greater focus on art, writing and culture.

The 15th Century saw members of the upper classes take part in fancy events featuring lots of dance and music.

Italian-born Catherine de Medici, who was the wife of French King Henry II, played a really important part in bringing ballet to France.

She funded the dance which encouraged the growth of a dance style called ballet de cour. This combined choreography with storytelling.

The final decades of the 17th Century saw ballet performances move from the courts to the stage.

Ballet became more of a show, dancers began training professionally, and people attended performances to be seen by others. 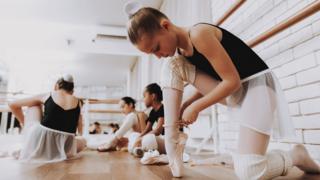 1. During a single performance, a ballet dancer may lift a total weight of between one and 1.5 tonnes worth of other ballerinas dancing alongside them. That's about the weight of a small car!

2. Women were not allowed to dance in ballets on stage until 1681. Instead, men dressed up to play both male and female roles.

3. Ballet dancers have special footwear called pointe shoes. These are handmade and are traditionally made from layers of paper and cardboard which are built up with paste and covered in satin. Some professional dancers can get through over 100 in a few months when preparing for a big performance and dancer's at the English National Ballet get through a massive 4,000 a year!

4. Many ballet terms including plié (meaning bent or bending), sauté (meaning jump) and arabesque, which is the term used when a ballet dancer stands on one leg. These are actually French words. 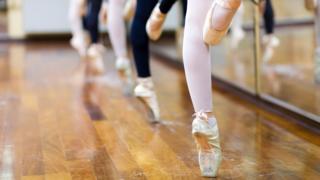 Getty Images
An arabesque describes when dancers stand on one leg

5. King Louis XIV was a very keen ballet dancer. He regularly took on leading roles and at the age of 14, he starred in the Ballet de la Nuit - a performance that lasted an exhausting 12 hours!

6. Tutus started out as long underskirts, which only revealed ballerinas' ankles. The 'pancake'-style skirt, which many ballet dancers wear today, was later introduced in the 20th Century.

7. Tutus can take around 120 hours to make and are designed to last between 20 and 30 years. These delicate items of clothing are created by hand and each contain about 13 to 14 layers of tulle. 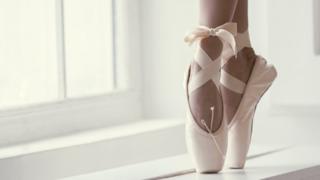 8. Ballet dancers are incredibly strong. The strain that this dance style can have on the body is equivalent to that of high-impact sports like football, running and basketball.

10. Ballet Master Pierre Beauchamp is believed to have invented the first five ballet positions of the feet.