A German circus uses holograms instead of animals and it looks amazing! 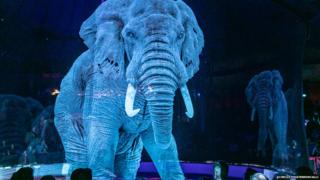 A German circus has become the first in the world to use holograms instead of real animals in its acts.

The idea came to the founder of Circus Roncalli, Bernhard Paul, when he was watching the NFL Super Bowl half-time show in 2018.

During the performance, Justin Timberlake was seen singing alongside a hologram of the music legend Prince, who had passed away two years earlier.

After the show, Bernhard Paul was determined to find a way to make the technique work within his circus. 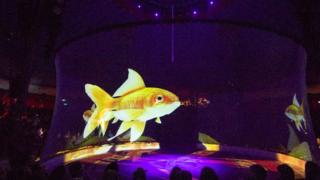 Now the circus uses 11 projectors to create the 3D holograms and other projections in their show and the results are breathtaking.

It took a crew of 15 designers and software engineers to pull the whole thing off.

Now there are hologram horses that appear out of nowhere, stampeding around the circus ring, as well as elephants and even fish. 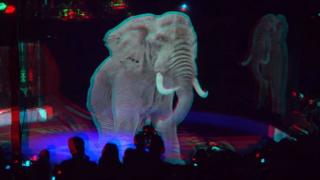 The move to not use animals in their circus has been welcomed by many animal rights activists as lots of animals aren't always treated well in circuses.

Circus Roncalli said their focus was on clowns, acrobats and poetic acts from the start so this was an easy transition.

Regulators are slowly catching up with the circus's decision, and last month the government passed a rule in the UK which will ban circuses using wild animals in their performances.

Elephants get new life at sanctuary in Brazil