It's Father's Day but where did it come from? 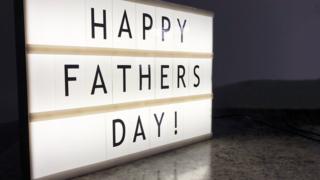 Father's Day is held on the third Sunday of June in the United Kingdom.

It takes place on Sunday 19 June this year.

It is a day to celebrate fathers and father figures like carers or grandfathers.

Read on to find out more about where Father's Day in the UK comes from.

Kids tell us all about their dads on Father's Day

Where does Mother's Day come from? 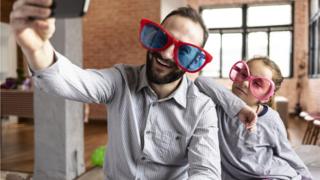 Mother's Day has been celebrated for hundreds of years, but Father's Day is a little more recent.

The day probably originated in the US and there are several stories of how it started.

The most popular, and likely account, is that it started with a woman called Sonora Louise Smart in Washington.

After her mother died in childbirth with her sixth child, her dad brought up the family.

In 1909, Sonora heard a speech in church about Mother's Day and thought dads should also be celebrated.

Several local clergymen accepted the idea and it's believed that 19 June 1910 was the first unofficial Father's Day. 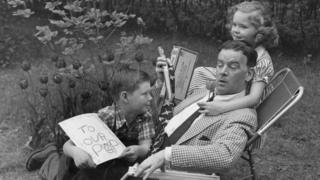 In 1966, US President Lyndon B. Johnson decided the third Sunday in June should be Father's Day.

How is it celebrated around the world? 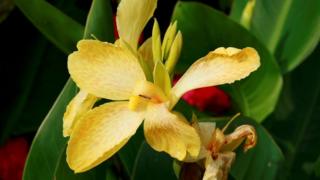 In Thailand, Father's Day is celebrated on the birthday of the hugely admired late King Bhumibol Adulyadej, on 5 December, who is considered the Father of the Nation.

It is traditional to wear yellow.

Fathers and grandfathers also used to be given a Canna flower though that isn't as popular now.

In Mexico, Father's Day or Día del Padre is also celebrated on the third Sunday in June. 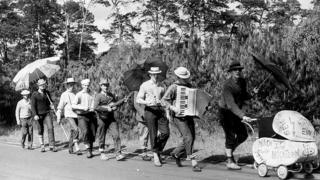 Getty Images / ullstein bild Dtl.
This group of men in 1960s Germany are celebrating father's day without their children. We think there's food in the baby carriage

In Germany instead of spending time with their children fathers or väter often go off in groups for hiking trips, sometimes pulling wagons full of drink and food.

In Nepal children often give sweets as presents. Sons and daughters sometimes receive blessings from their fathers.

Those whose fathers have died, go to a pilgrimage site and perform shraddha, the holy ritual in remembrance. 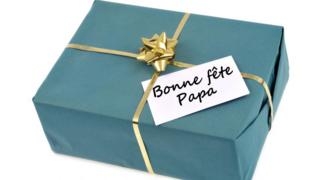 In France, Fête des Pères was traditionally a Catholic celebration, but it was reinvented for commercial reasons in the 1900s.

Now all sorts of gifts are given on the day including roses.

In France it is traditional to give red roses to your father if he is alive, but if your father has died white roses are laid on their grave.

Father's Day: Kids tell us all about their dads

Mother's Day: When is it celebrated and where did it come from?