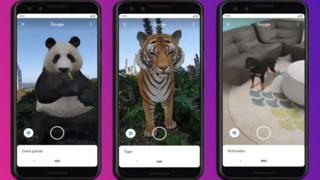 Lions, tigers, and bears, oh my! Move over cats and dogs, there's a new pet in town.

Google AR technology now lets us hang out with some pretty cool creatures straight from our phones.

Google announced the new feature on social media, explaining: "If you've got an AR-enabled phone, you can now bring select animals right into your space for a safari (or safe snuggle) with Search."

It stands for 'augmented reality' which is an interactive experience which alters your real-world environment. Objects in the real-world are enhanced by computer-generated images, music or information. It gives the appearance of 'bringing objects to life' or 'changing' your reality.

What is Google AR? 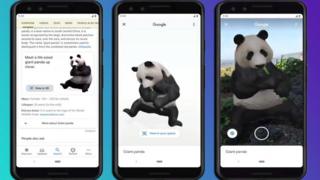 Google has launched its first AR objects in Google Search.

Users can place 3D augmented reality images of animals directly into their surroundings by using their smartphones.

Some creatures like giant pandas will be eating a piece of bamboo, and are available on AR-compatible devices through Chrome and the Google app.

As you search for an animal, you can click 'view in 3D' which launches the experience. You can then move the animal around and press 'view in your space' to see the animal wherever you are!

Facial recognition: What is AFR? And why is it being challenged?

Facial recognition technology is coming to US schools

5G launches in UK: What is it?