Cricket World Cup 2019: Everything you need to know! 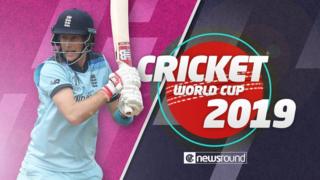 Ten international teams are about to face each other in the ultimate cricket showdown… yes the men's Cricket World Cup 2019 is here!

This is the 12th edition of the tournament, which takes place every four years.

It's being hosted in cities across England and Wales, and was first held in 1975.

The Cricket World Cup is a one-day international (ODI) competition, where each team faces a maximum of 50 overs in a match.

But will England - who are this year's favourites to win - be lifting the trophy? It's all to play for… 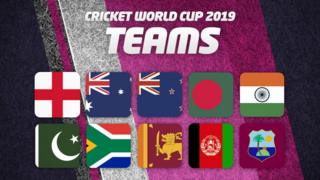 The qualifying countries competing in the tournament

They will all play each other once in 50-over matches across 11 venues in England and Wales.

The top four teams from the group stage advance to the semi-finals before the final at Lord's on 14 July.

What are England's chances? 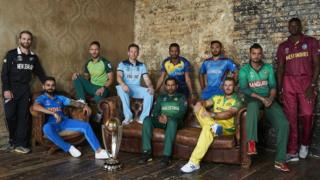 England have never won a global 50-over tournament trophy.

However, the team are on great form. They've won more than two-thirds of their completed games played since the last World Cup.

And, England are playing on home turf - not only are the players used to the conditions in the UK, but the crowd will be right behind them for every ball. 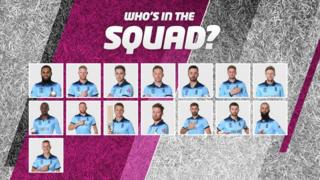 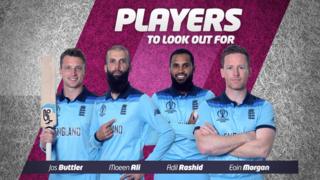 Batsman Eoin Morgan is England's captain. He's highly rated by his current team and previous players as the right man to lead his team to victory.

Former England captain Michael Vaughan said: "He's a guy who reads play, is ahead of the game and the way he deals with personalities - he's a good man-manager.

"All of the players idolise him. They just feel safe with Morgan as captain" he added.

Morgan will be playing alongside fellow batsmen Jos Buttler, Jonny Bairstow and Jason Roy, who are each in the top 10 list for batsmen with the highest strike-rates in one-day cricket history.

And ready to deliver balls at speeds of around 90mph are Adil Rashid and Moeen Ali.

Rashid is currently topping the list of international wicket-takers in one-day cricket, with 129 since the 2015 World Cup.

When are England playing?

England will face South Africa at The Oval in London on 30 May. They'll then play Pakistan on 3 June, and take on Bangladesh on 8 June.

Games follow against West Indies on 14 June, Afghanistan on 18 June, and Sri Lanka on 21 June.

They will then face reigning champs Australia on 25 June.

Their last two games will see them take on India on 30 June, and New Zealand on 3 July.

Where is the tournament being held?

Old Trafford in Manchester and Edgbaston in Birmingham will host the semi-finals, with Lord's in London hosting the final.

To mark the occasion, post boxes in host cities have been painted blue to match the players kit. 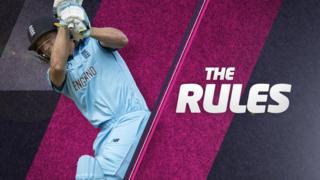 Take a big breath because there are loads!

In a nutshell, there are 11 players in a cricket team. One team bats, the other bowls and fields. Then they swap over.

A player called a bowler carries the ball towards two sets of wooden sticks called stumps, which are 22 yards (20 metres) apart at either end of a piece of ground called the wicket.

The bowler's job is to then throw the ball, aiming it one set of stumps, hoping it will hit them and knock tiny pieces of wood, called bails, off the top of them.

A player from the opposing team - called a batsman - stands to one side of the stumps the bowler is aiming at, waiting for them to throw the ball.

The batsman tries to stop the ball hitting the stumps, using a piece of wood called a bat.

How do you get people out?

There are a few ways of getting out, which can get complicated!

The fielding team could hit the stumps with the ball while you are batting, or they could catch the ball you have hit.

There's also the LBW (leg-before-wicket). The batsman is not allowed to use their legs to stop the ball hitting the wicket. If they do, and the umpire (cricket referee) thinks the ball would have hit the stumps, the player is out 'LBW'.

What do the other players do?

The 10 members of the fielding team who are not bowling stand around the field and try to stop the batting team scoring runs.

When a batsman is out one of his teammates replaces him, until 10 players are out and only one is left, at this point the team is 'all out'.

Since the last player is not allowed to bat on their own, the batting team have to stop and the teams swap.

Bowlers throw the ball in sets of six, called overs. Batsman stay in and try to score runs until they are got out by the fielding team.

The batting team's turn to score runs is called an 'innings'. In a game, each team has the same number of innings, and the team with the most runs, win.