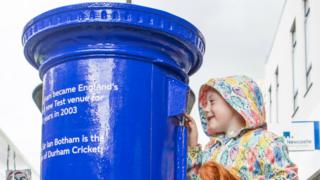 Have you seen any blue post boxes pop up near to where you live?

It's not Royal Mail experimenting with new colours. Post boxes have been painted blue across England and Wales to mark the beginning of the Cricket World Cup.

One team's battle for more than the World Cup

Ten post boxes close to host venues have been rebranded by Royal Mail for the whole of the tournament, and have been decorated by facts about cricket and those who play the sport.

But it's not the first time post boxes have been changed...

Blue post boxes are not an entirely new phenomenon.

They were introduced for air mail letters in the 1930s for when people wanted to send letters overseas. 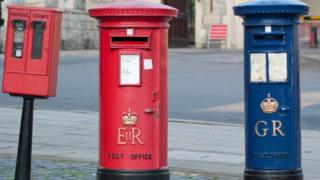 Each gold medallist in the 2012 games had a post box painted gold in recognition of their achievement, usually in their hometown.

After the games were over, Royal Mail decided to keep the colour - and in Dunblane people even decorated Andy Murray's post box when he became a dad.

So keep an eye out for gold post boxes when you're out and about, as they're still around! 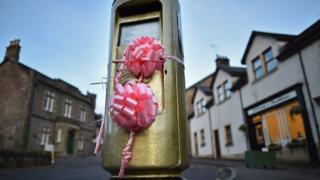 Getty Images/ Jeff J Mitchell
This post box was painted gold when Andy Murray beat Roger Federer in the Olympic final in 2012. It was decorated with pink ribbons when he became a dad in 2016
Green for the countryside

The first post boxes in 1850s were red, but some people complained that they were too garish for the countryside, so some were painted green.

By 1874, people were used to the red and complained they couldn't see the green ones, so they were painted red again!

It took 10 years to repaint all the boxes. 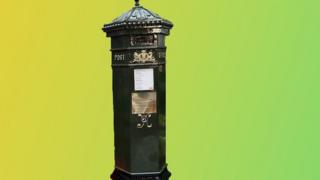 In December 2018, some cities had specially decorated post boxes for Christmas.

But that's not all! They also played a special Christmassy message when you posted your letter.

Some people have been confused when they've seen pink post boxes.

If you've spotted a pink post box, this isn't a special occasion, but actually the special paint called primer which post box decorators need to put on the boxes before they put a new coat of red paint on. 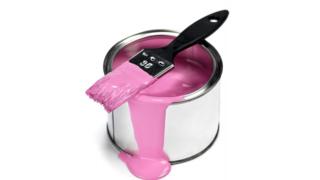 Getty Images/pederk
Have you seen any pink post boxes?