BGT: Who's through to the finals? BTS to perform, and more! 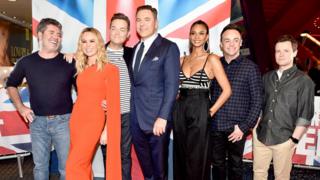 The first Britain's Got Talent live semi-final took place at the weekend - and there was some pretty big news to come out of it!

We now know our first acts through to the live final this weekend, as well as some big performances that will be taking place this week.

The best bits from Big Weekend, away from the stage

It's Coming Home rewritten in support of England Lionesses

The first big piece of news from the semi-final came during a musical opening to the show.

This will be the singer's second baby and she said she is "over the moon". 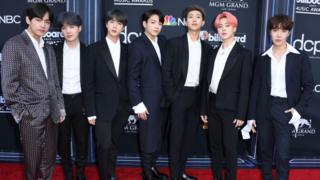 Getty Images
BTS will perform at one of the BGT semi-finals this week.

Britain's Got Talent also announced some huge acts which will be performing during the semi-finals this week.

BTS will perform their song 'Boy With Luv live in one of the semi-final shows this week, while X-Factor star James Arthur will also perform.

Previous BGT contestants Susan Boyle and Diversity will also be making an appearance in the final on Sunday, so it's set to be a jam-packed week. 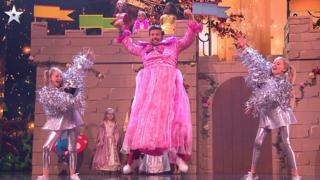 After the first semi-final, we now know that the first acts heading through to the final will be hero police dog Finn and his owner Dave, and Flakefleet Primary School.

Finn and Dave automatically secured their place after winning the most public votes, but Flakefleet had to fight off competition from the creepy act The Haunting before being chosen by the judges.

You will be able to watch the Britain's Got Talent live final on ITV on Sunday at 7.30pm.

Britain's Got Talent 2019: Should professional acts be allowed?

BGT: The Flakefleet Primary School choir smashing it on Britain's Got Talent

BGT: The 'golden buzzer' kids taking over Britain's Got Talent