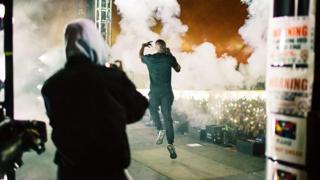 In an event full of fun, fireworks and a few surprises, headliner Mark Ronson shocked the crowd by introducing special guest Miley Cyrus on stage on Friday. Saturday saw Stormzy perform his hit single Vossi Bop live. All before The 1975 and a spectacular fireworks display brought the festival to a close on Sunday.

But as you'll find out, it wasn't just their appearances on stage that had people talking.

How the Spice Girls changed the world

Stormzy, the Jonas Brothers and other celebrity collabs 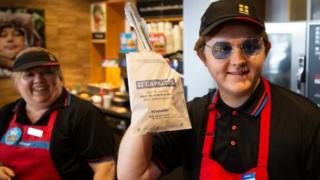 Is it just us, or is Lewis Capaldi literally everywhere at the moment? So it probably wouldn't be that surprising to see the Scottish star turn up selling steak bakes in your local Greggs. Well that's exactly what happened as Capaldi greeted fans while going undercover in a Middlesbrough branch of the bakery.

Lewis performed at Big Weekend on Saturday and said "I think it might be the best gig I've ever played in my life." However, his magnificent performance serving sausage rolls is our personal highlight. 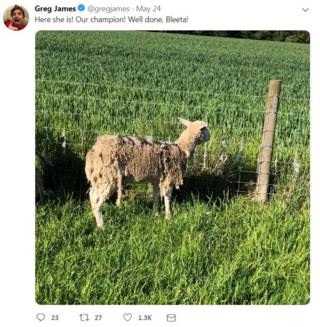 How else to kick off a top music festival watched by millions, than getting a bunch of sheep to race each other through a field.

For some reason, we're unsurprised this was the idea from Greg James, the Radio 1 Breakfast DJ. It was held at a 'Middlesbaa' farm and live streamed on 'Ewe-Tube'.

The sheep themed jokes didn't end there, each of the woolly runners were named after an act performing at Big Weekend. Among those competing was "James Baa-thur" and "Baa-ra Larsson".

But, it was the Rita Ora sheep - Bleeta Ora - who crossed the line in first place after a photo finish. 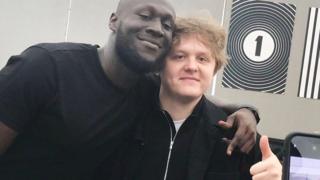 After weeks of chart battles and a blossoming bromance on twitter, Lewis Capaldi and Stormzy finally met-up in Middlesbrough.

Capaldi says that Stormzy told him he's 'his favourite new artist, which is nice'.

Could a collaboration be on the cards? 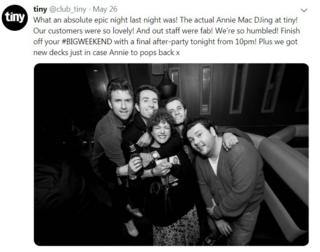 Annie Mac turned up at a club called Tinys in Middlesborough, expecting to play a surprise DJ set. Unfortunately the famous Radio 1 DJ had to improvise as the club didn't have the right equipment for her set.

It meant that Mac had to play the set using someone else's iPhone! The club said if she wants to visit again, they'll have the right equipment next time. 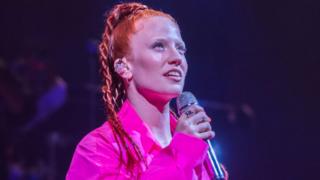 Jess Glynne pulled out of singing at Radio 1's Big Weekend just hours before she was due to perform.

Radio 1's Greg James told a booing crowd that the singer would no longer be able to perform her set because she was too ill.

However, it seems nobody told her band, who turned up anyway.

All ready to play without a singer to perform with, the band decided to head into town to watch Aladdin at the cinema instead. 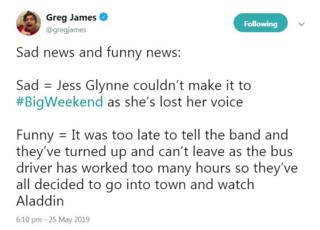