How the Spice Girls changed the world 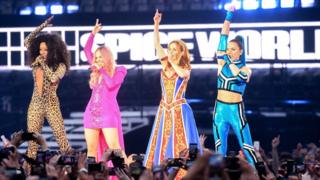 The Spice Girls have kicked off their big reunion tour this weekend in Dublin, Ireland.

It's the first time in a decade that they've performed together on tour but it'll be 'Viva Four-Ever' because original member Victoria Beckham won't be there.

When tickets for the tour came out last November, demand was so high that there were over 700,000 people waiting in the virtual queue.

Here's why everyone is still talking about the Spice Girls, 23 years on from their debut. 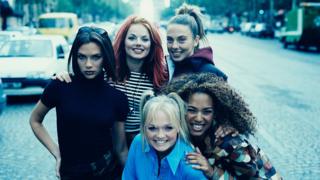 The year 1996 was huge for pop music in Britain.

Take That - one of the most famous bands in the world - decided to break up, much to the despair of their adoring fans.

Luckily, another band was waiting in the wings - a five-piece girl band called the Spice Girls.

The message of all their songs was always clear: girls rule. 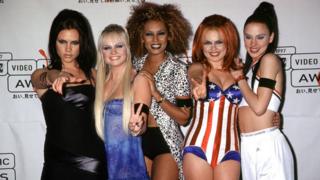 The Spice Girls debuted with their single 'Wannabe' and it immediately hit the number one spot. It then stayed number one for seven weeks!

They followed 'Wannabe' up with two more number one singles that year. 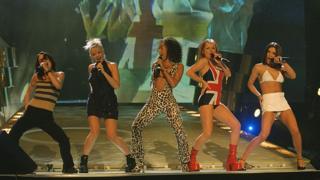 It's always been difficult for British bands to conquer the American charts but that didn't faze the Spice Girls.

Just like in Britain, their debut single 'Wannabe' went to number one and their first album shifted 10 million copies.

If that wasn't enough, they won two Brit Awards at their first ceremony. Geri Halliwell hogged all the headlines with her iconic Union Jack dress.

In total, eight of the Spice Girls' first nine singles went to number one in the UK. 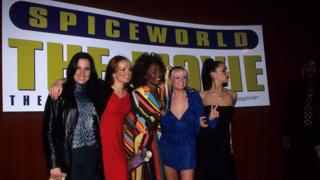 Following a successful second album launch - another number one with 'Spiceworld' - the Spice Girls made the move to the big screen with their debut film.

Spiceworld: The Movie made over £150 million at the box office.

If all of this wasn't enough, the band were making millions from sponsorship deals. They had their own video game, their own dolls and adverts with companies like Cadburys and Walker's Crisps. 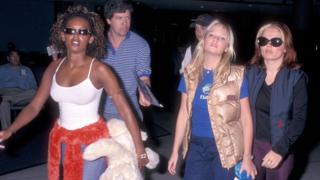 The Spice Girls' hectic schedule eventually started to show as rumours about unhappiness within the group hit the papers.

Their run of number ones came to end as seventh single 'Stop' entered the charts at number two.

In May 1998, Geri Halliwell - aka Ginger Spice - decided to quit because of "differences" between band mates and extreme tiredness.

The rest of the girls continued to perform together until their split in 2000. 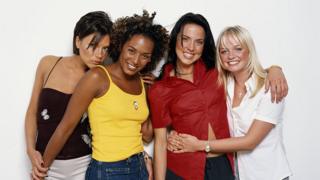 At that point they were the best selling girl group of all time.

Others think feminism was used as a marketing tool for the band to appeal to a wider audience.

What can't be disputed is that, in four years at the top, they'd taken girl power from the fringes of popular music to a global audience.

Why do some people say boys shouldn't cry?

Ed Sheeran: Which artists are on his new collab album?