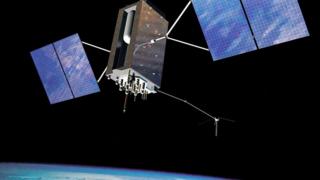 An app to find trolleys, trackers to search out crash survivors and a way of finding your friends and family when they are competing in races are just some of the amazing ideas children have come up with for satellite technology.

The SatelLife challenge was set by the UK space agency to encourage young people to think about how satellites can be used in everyday life.

What is a satellite?

A satellite is a moon, planet or machine that orbits a planet or star. For example, Earth is a satellite because it orbits the sun.

But in this case 'satellite' refers to a machine that is launched into space and moves around Earth.

Thousands of artificial, or man-made, satellites orbit Earth. They are used for things like tracking weather, communication and taking pictures from space.

A group of more than 20 satellites make up the Global Positioning System, or GPS. If you have a GPS receiver, these satellites can help figure out your exact location like on your phone or your satnav.

Here are the winners and some of the runners-up of the competition: 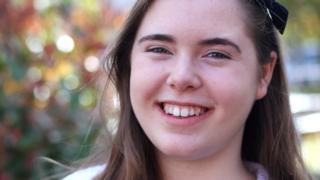 Do you see lots of abandoned trolleys around where you live? Lowena (17) from Portsmouth did and wanted to do something about it.

Lowena's idea to use satellites to find trolleys which have been taken off the supermarket's site won the overall individual prize of £7,500! 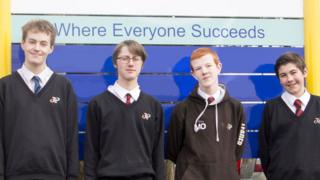 Four teenagers from Cornwall won the overall group prize of £7,500 for an app to find public toilets.

Toilets can be rated by users, and it's especially helpful for people who have hidden disabilities such as inflammatory bowel diseases because they would be able to reserve a toilet. 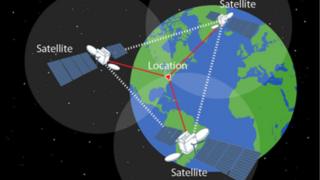 Charlie, 12, Evie, 12 and Max, 11, from Helston, Cornwall came up with an idea to use satellite data to track plane crash survivors.

They designed GPS trackers that could either be attached to lifejackets or deployed to passengers alongside oxygen masks in planes, in case of an emergency.

The tracker would be linked to the seat number of the passenger, showing where individuals are in the event of a crash and helping rescue services find them. 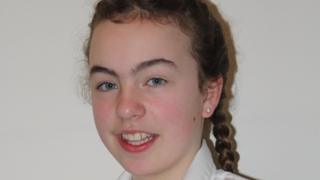 Grace, 12, from Wimbledon, London presented a project to use geo-fencing technology to prevent guns being used in areas where they could do most harm, such as near schools or at events.

The tool she suggested would add a locator to the gun, which will prevent it firing when it's detected to be in a particular area. 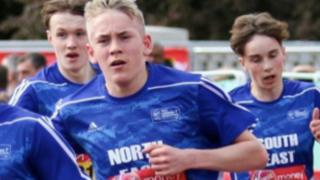 Daniel, 16, from Middlesbrough, runs competitive cross-country, road and track. He wanted his family and friends to be able to know where he was when he was running so he came up with an app that did exactly that.