Why do some people say boys shouldn't cry? 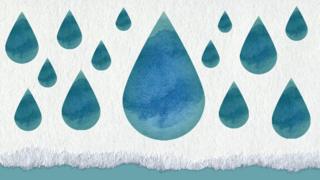 Ant Middleton, presenter of SAS: Who Dares Wins, has been criticised for encouraging his son not to cry in front of others.

Ant is the Chief Instructor on the show which involves contestants taking on physically and mentally difficult challenges similar to activities Special Forces soldiers undertake.

In an interview on a TV show called This Morning, Ant revealed that his son was called a "crybaby" at school and as a result he encouraged his son to "hold in his emotions" and to cry privately at home with him instead. 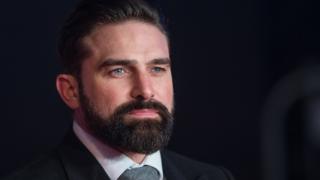 Getty Images
Ant Middleton is a former soldier and currently is the presenter on the TV challenge programme SAS: Who Dares Wins

Many people think that this is part of a negative stereotype about boys. They think encouraging boys not to cry is a bad message.

Ant has also said about his children, "I don't teach them not to cry, because we all cry, I cry! I teach them to hold that emotion to get the job done."

Why do shops divide products by gender?

Are you judged for how you look? 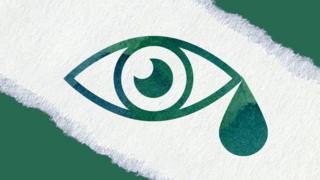 There are three kinds of tears - basal, reflex and psychic
Why do people cry?

There are three reasons why people cry.

Psychologist Dr Virginia Eatough found that, from studying adults, the most common reasons people cry are to do with being stressed and upset.

Some people say they also feel better after they cry - this may be because psychic tears release a natural painkiller in the body.

Others say they feel relieved when they release emotion they may have been bottling up.

However, some people find crying uncomfortable - they may fear being judged by others or think that crying makes them appear weak or vulnerable. 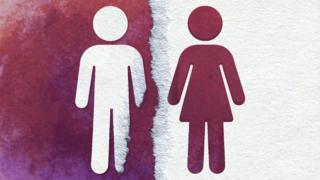 Why are boys told they shouldn't cry?

Throughout history, emotional tears have been considered a weakness in many cultures, and it is often seen as a more feminine thing to do.

In the past, masculinity - behaviour associated with men and boys - suggested that all boys should be strong, brave and confident, and boys should not act in a way which is considered 'feminine'.

Have you ever heard any of these phrases before?

Boys are often told that it is better to control emotions and to be brave when they are going through a difficult time.

Across the world, research have shown that women are more likely to cry than men when they are frustrated, angry or sad.

According to one study by Professor Ad Vingerhoets, women cry between 30 and 64 times a year, whereas men only cry between 6 and 17 times.

But research also shows that holding back tears can have a negative effect on how boys express themselves, and that it may lead them to 'bottle up' how they feel rather than ask for help. 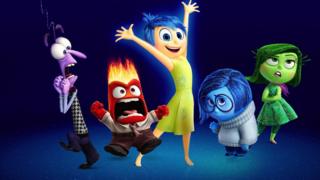 Disney / Pixar
In the Pixar film Inside Out, the characters Joy and Sadness discover the importance of balancing and expressing these two emotions

In her study of how humans cry and react to crying, Dr Virginia Eatough found that there were psychological pressures on men that made them feel like they were unable to cry.

She also found that men felt uncomfortable by others crying while women are more likely to feel empathy and understanding.

Crying can act as a form of communication - it lets others know what we are feeling is important.

For example, if you cry happy tears, it often means that you are feeling lots of joy and maybe even relief.

If you cry when you're feeling sad or if you've been injured, it can alert others to the fact that you need some support.

We want to know what you think?

Have you ever been told not to cry or to 'man up'? Or are you encouraged to share your emotions openly?

Stereotypes - have you ever been judged by how you look?

Peppa Pig criticised for using the word 'fireman' in episode