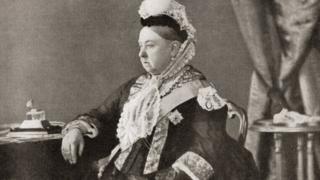 Finding 200 fascinating facts about Queen Victoria would be easy - she was a fascinating monarch!

However, we decided on 20 quickfire facts in order to celebrate her 200th birthday.

2. Her real name was Alexandrina Victoria, after one of her godparents. Her family called her "Drina" for short.

3. Queen Victoria's birthplace, Kensington Palace in London, is now home to The Duke and Duchess of Cambridge.

5. Victoria's reign lasted for more than 60 years - that makes her the second longest reigning monarch, after our current Queen, Elizabeth II.

6. Queen Victoria's husband was Albert of Saxe-Coburg-Gotha, who was her first cousin. They married in February 1840.

7. Women typically wore their favourite dresses on their wedding day, regardless of its colour. But, Victoria opted to wear a white satin and lace gown. She accessorised with an orange blossom wreath, a diamond necklace and earrings, and a sapphire brooch. This began a tradition of white wedding dresses that continues today! 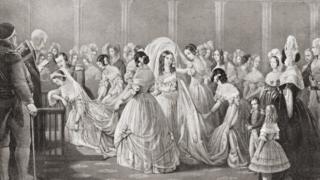 8. Victoria and Albert had nine children together - their names were Victoria, Edward, Alice, Alfred, Helena, Louise, Arthur, Leopold and Beatrice.

9. She was only 4ft 11 tall and had to be seated on a raised platform in order to be seen during events.

10. Sadly, Albert died in December 1861, when the Queen was 42 years old. Victoria never recovered from his death, and dressed in black as a sign of mourning for the rest of her life. She withdrew from public life for over ten years, which made the public lose faith in her as Queen. She was dubbed "The Widow of Windsor".

11. There are lots of famous places around the world named after Victoria, such as the state of Queensland in Australia, Victoria Falls in Zambia and Zimbabwe, the city of Victoria in Canada, and Victoria Square in Athens, Greece. 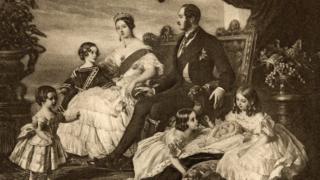 12. Several of their sons and daughters were married into various European monarchies, and within just a couple of generations Victoria's descendants were spread across the continent. Her 42 grandchildren could be found in the royal families of Germany, Russia, Greece, Romania, Sweden, Norway and Spain.

13. Victoria moved into Buckingham Palace. She was the first sovereign to rule from the palace.

14. In May 1840, The Penny Black, the first sticky postage stamp, was released in Britain. It was designed by William Mulready and shows Queen Victoria in profile.

15. As her mother was German, Victoria grew up speaking fluent German and English. She had a strict education and learnt to speak some French, Italian, and Latin.

16. When Victoria was older, she began to learn Hindustani. She developed a close friendship with her Indian servant, Abdul Karim, who taught her some phrases so that she could speak with her servants. 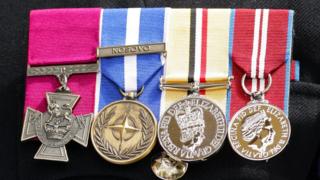 17. Named after Queen Victoria, the Victoria Cross was introduced in 1856 for rewarding acts of courage during the Crimean war. Even today, it is the highest accolade of bravery in Britain, Canada, New Zealand and Australia.

18. After a long reign and a long life, Queen Victoria died in January 1901, aged 81. She was buried beside her husband Albert at Frogmore Mausoleum near Windsor.

19. She is buried at Frogmore House, which is where The Duke and Duchess of Sussex, Harry and Meghan celebrated their wedding last year.

20. Victoria loved to write. By the time of her death, Victoria had written 43,000 pages. Queen Elizabeth II has digitised the surviving volumes of Victoria's journals.

Queen Victoria's crown has to stay in the UK

What are you most looking forward to with lockdown easing?