Shetland has been named one of the top European destinations.

The Scottish islands are the only UK place in top 10 list by the Lonely Planet travel guide.

It is included amongst places like Madrid in Spain and Lyon in France.

To celebrate its success, here's our top five facts about Shetland!

More on amazing places to live and visit

Shetland is a lot of islands 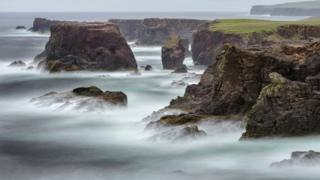 Getty Images
Only 15 of the islands are inhabited

More than 100! Only 15 are inhabited, by a total of about 23,000 people, most of them on the biggest island - confusingly called Mainland.

Some live on smaller isles connected by bridges.

About 4,000 live on the outer isles, which can be reached by ferries.

It's the home of the Shetland pony 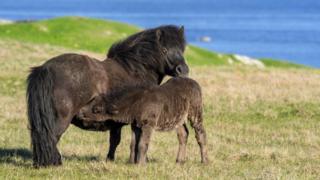 These small animals measure between 28 and 42 inches or 107cm high.

Despite their size, these ponies are very strong!

They're big on Viking tradition 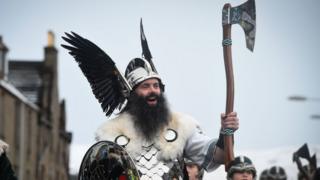 In the early 8th and 9th centuries, the Vikings arrived in the Shetland Islands looking for land.

For the next 600 years, the Norsemen ruled Shetland and neighbouring Orkney.

Shetland dialect has words that have their origins in Old Norse.

There's also a festival in January each year called Up Helly Aa, where a 1,000 people in costume chuck flaming torches into a boat.

They know how to knit a jumper 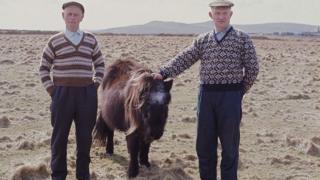 Chris Morphet
These men are wearing fetching Fair Isle jumpers. The Shetland pony decided not to wear one

Well some people do, especially on the Shetland island of Fair Isle.

Fashion house Chanel got into trouble when it copied the knits and apologised to a Fair Isle knitwear designer who said it copied their designs.

The jumpers often take more than 100 hours each to hand-knit. Shetland wool has protected status, which means anything called Native Shetland wool must come from a pure bred Shetland sheep.

You can see these 'mirrie dancers' 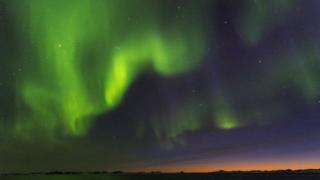 Getty Images
You don't need to go to Greenland to see Northern lights like this, you can experience it on Shetland

Or for those not from Shetland, the Northern Lights.

People often visit Iceland and Greenland to catch a glimpse of the Northern lights or aurora borealis. Shetland is as far north as St Petersburg, Russia, or Anchorage, Alaska which makes it an ideal place to watch the Aurora Borealis.

The lights of the aurora are actually collisions between electrically charged particles from the sun that enter the earth's atmosphere.

Perhaps it's because they look like they're dancing that Shetlanders call them 'mirrie dancers'.