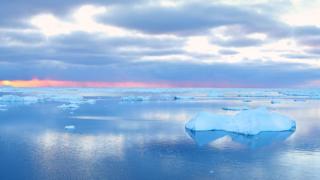 Some scientists believe sea levels across the world could rise by two metres by the year 2100.

This is double what has been previously predicted.

A new report says global sea levels could rise far more than predicted because the land ice in Greenland and Antarctica is melting faster.

Why is the sea rising?

The world is heating up more quickly than in the past and many scientists believe that human activity is having a bad effect on global temperatures.

When we burn things like coal or oil to create energy to power things like homes, cars and factories, they release harmful gases.

These gases end up in the Earth's atmosphere and are trap more of the Sun's heat in and increase temperatures.

Scientists say that if no changes are made the temperature could increase to as much as 5°C by 2100. 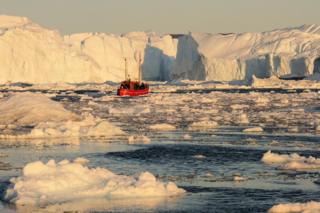 Jonathan Bamber
A small boat in western Greenland, dwarfed by icebergs that have come off Greenland's largest glacier

As global temperatures go up, ice trapped on land in places like glaciers begins to melt and run into the causing the sea level to rise.

But there is another reason sea levels rise.

Water expands as it gets warmer so as the temperature of the sea goes up, the ocean expands.

In 100 years, experts say the global sea level has risen nearly over 7 inches.

What effect will rising sea levels have? 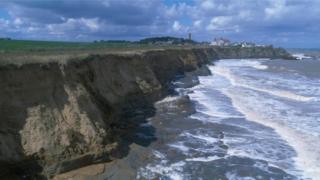 Rising waters means that coastal areas and islands could end up flooded, or even underwater.

They calculate that the world would lose an area of land equal to 1.79 million square kilometres - which is about the size of Libya or Alaska in the USA.

Much of the land losses would be in important food growing areas such as the delta of the Nile river.

The experts who wrote this new report say this land loss could also lead to around 187 million people having to move.

Towns and villages by the coast are likely to be the first people affected.

In North Wales, one council has already put a plan in place to move all the people from a coastal village in 26 years, or sooner if condition get worse. 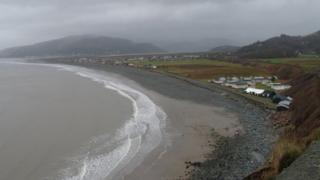 Although Fairbourne village has sea defences to stop it flooding at the moment, the council says rising sea levels mean it would be too expensive to maintain.

If sea levels continue to rise this fast, more villages and town by the sea will have to make similar plans.

What is institutional racism and why is it being talked about?

'We've all got to do our bit to protect the environment'

Why Diversity want YOU to dance more!