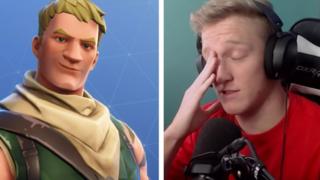 A professional Fortnite player is suing the gaming team he plays for.

Turner Tenney, 21 - known as Tfue - claims his esports team Faze Clan is limiting his opportunities as a professional gamer. He also claims that Faze Clan has failed to pay him his share of his sponsorship money and taken up to 80% of his earnings.

Tfue is one of Faze Clan's best and most popular Fortnite streamers and he recently earned a spot in the Fortnite World Cup finals.

It means this legal claim could have a big impact on the gaming industry as a whole.

Boy gets an amazing win on Fortnite... his own skin!

Tfue's lawyers are arguing that companies employing gamers should have to follow the same set of rules as TV and film stars.

"These gamers are artists, entertainers and content creators. They perform, they act, they direct, they edit and they stream," Turner's lawyers wrote in the complaint, filed at Los Angeles Superior Court.

"Because the industry is so new, these young content creator/streamers are susceptible to being taken advantage of and exploited - often by those that are supposed to be looking out for their best interests," said Tenney's Lawyers. 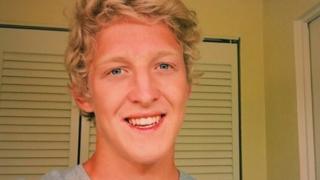 In a tweet, Faze Clan said it was "shocked and dismayed" by the lawsuit.

"In fact, we've collected a total of only $60,000 from our partnership, while Tfue has earned millions as a member of the Faze Clan," said the company. "We're proud of what we've accomplished together over the past year with Turner and will continue to support him."

As a free-to-play game on PC and consoles, Fortnite became the game of 2018, earning developer Epic Games $3 billion last year.

Due to the game's popularity, players who were particularly skilled were signed up to esports teams as professionals.

Guide: What are eSports?

Could you be the UK's best Fifa 19 player?

These gamers and their teams make money through views, sponsorship and advertising.

Both the teams and the gamers have contracts deciding on the share of the profits.

If a pro gamer is really good, that often means more streaming followers on Twitch, or subs on YouTube, which in turn earns them and their esports team more money.