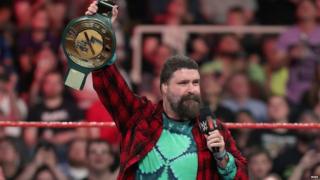 WWE introduced a new 24/7 Championship on Monday Night Raw which naturally features a new belt, but many fans didn't like the belt's "ugly" design.

The new 24/7 Championship title can be contested anytime, anywhere, 24 hours a day, seven days a week, as long as a WWE official is present.

Superstars on Raw, SmackDown LIVE, 205 Live, NXT, NXT UK and even WWE Legends and Hall of Famers can all compete for the title.

But while some fans seem to be really excited about the Championship, others worry the title is a bit pointless.

Others have defended it, arguing the title will put attention on wrestling talents that weren't getting a chance before.

But lots of fans seem to really dislike the belt itself, saying they don't like the design and it looks "ugly" 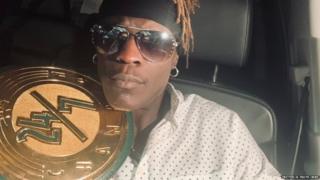 The new championship takes advantage of the old "24/7 Rule" of the retired Hardcore Championship.

The new title means that any 24/7 Champion will always have a massive target on their back.

Shortly after the title was revealed, Titus O'Neil snared the prize in a scramble to became WWE's first-ever 24/7 Champion but it has already changed hands a few times since.

WWE: Check out the first WWE wrestling school in the UK