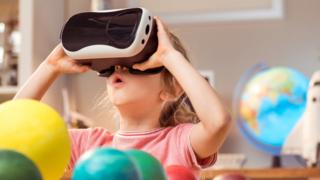 Virtual reality (VR) is the future, but not just when it comes to gaming.

Having been around for decades already, we're now at the stage where VR works really well.

Back when your parents were kids, VR didn't have very good graphics, the sound wasn't very good and it was limited to what you could actually do within the VR world. Now, it can offer a truly immersive experience and is used in lots of important ways.

Not only that, the technology has become more affordable and improved to an extent to which big companies are keen to experiment.

Imagine if this was your school bus!

So, let's start with the obvious. Already on the market are things like the HTC Vive, Oculus Rift and Sony's PlayStation VR. The technology has clear benefits when it comes to gaming.

From picking up objects to hearing creepy footsteps behind you, VR can be a lot of fun, allowing gamers to fully own a character's actions within the game. 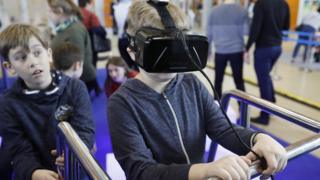 Looking to expand on the technology further, developers are moving towards the next generation of VR, in which players will effectively strap themselves into a frame that can rotate as you move in the game world.

It will mean gamers can fling themselves around their bedroom or living room without knocking into the TV or treading on the cat.

If your teacher has ever used Google Earth or Maps to show you where things are around the world, you will know it can be fun. Well imagine how cool it would be to visit these places while sitting in your classroom.

VR field trips could soon become more common in schools and would allow virtual tours of cities or museums. 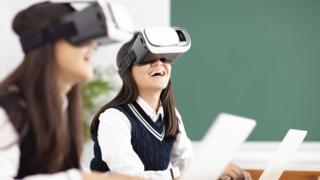 Earlier this year, students at Oxford University explored ancient Rome through virtual reality, seeing how it would've looked a thousand years ago.

It also means that those with disabilities or mobility issues maybe able to see places that they would otherwise face difficulty reaching.

VR can also help with mental health treatments and the NHS is looking at ways the technology can help patients.

Sometimes places have a strong connection with traumatic or upsetting events. Those places can be difficult to revisit for those affected. 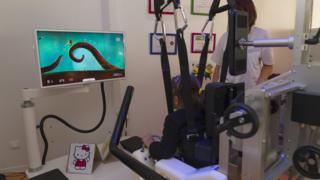 Getty Images
Virtual reality can help people who have been injured

VR can help by gradually reintroducing victims to those places, and it has been used in this way recently to help those affected by the Manchester Arena attack.

Not only can VR help with mental health, it can help with physical health too, with the technology being used as a fun way to heal and rehabilitate people who have lost limbs or had bad injuries.

Not only can VR help with learning at school, it can also make adults better at their jobs too!

It has begun to be used to help doctors, dentists and surgeons learn what they need to do during medical operations. It means trainees can practice on things that aren't just plastic models or real people.

In a VR simulator, various conditions or illnesses can be replicated by the computer, and that means practicing surgeons can learn from lots of different scenarios. 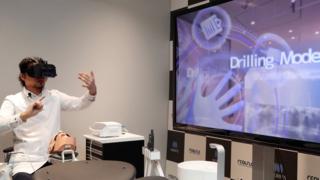 Like surgeons, VR is also being considered as a way to teach trainee pilots.

Currently, new pilots learn how to fly passenger planes in flight simulators and although that's the tried-and-tested method, VR is potentially an easier and cheaper option.

To become a pilot can cost thousands of pounds, and the technology could provide people with the start they need when it comes to learning how to fly a plane, without actually leaving the ground.

Virtual reality: Would you like to travel the world using VR?