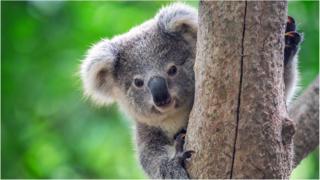 Animal campaigners say that koala numbers have fallen so low that the animal is "functionally extinct".

The Australian Koala Foundation says there are fewer than 80,000 koalas left in the wild.

Although 80,000 sounds like a lot, the foundation says these koalas are unlikely to produce a new generation.

'Functionally extinct' describes an animal population which has so few pairs that they are unlikely to produce a new generation.

It can also describe an animal which is breeding in such few numbers that they are more likely to become ill from disease.

The animals making themselves at home in the weirdest places 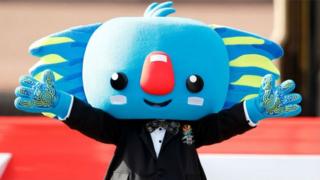 The koala is a popular symbol of Australia and was even a mascot for the Commonwealth Games last year in Queensland Australia.

Although they are sometimes referred to as called koala bears, the koala is actually a marsupial.

Koalas are dying out because many of the forests where they live are being destroyed. Heatwaves caused by climate change are also a major factor.

Recent studies said thousands of koalas died from dehydration in an intense heatwave in Australia. 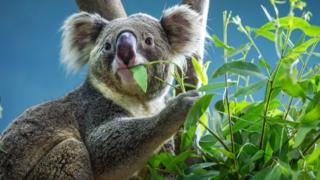 Researchers say because the koala moves around and they live in lots of different habitats - from coastal islands and tall eucalyptus trees, to woodland forests - they can be difficult to track.

The number given by the Australian Koala Foundation is much lower than the most recent academic estimates, but experts agree that koala numbers in many places are in steep decline.