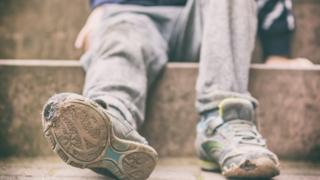 Child poverty is becoming 'normal' in parts of Great Britain, according to a new study.

It looked at England, Scotland and Wales and found that in some of Britain's biggest cities more than 50% of children are living in poverty.

The data has been produced by End Child Poverty, who are the UK's leading child poverty action group.

The group has called on the government to set up a plan of action to reduce the number of children living in poor conditions.

A government spokesperson told Newsround that they are supporting families to improve their lives through work but added that "some families need more support".

Advice if someone you know is experiencing poverty

What rights do children have? 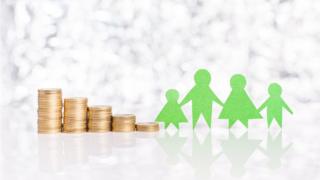 We hear about children in foreign countries who are living in what's called poverty.

If their families aren't earning very much money, they can miss out on things like enough food, proper clothing and a proper education because they might have to work.

But poverty isn't just about money and it doesn't just affect children in other countries.

Did you know almost 4.1 million children in the UK are living in poverty too?

Deciding who is living in poverty is complicated. But at the moment, a child is classed as being in poverty if their family income is less than 60% of average earnings.

What does the End Child Poverty report say? 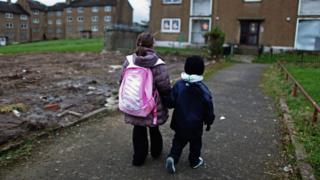 End Child Poverty is made up of 70 organisations, including charities and religious groups who want to end child poverty in the UK.

With help from researchers at Loughborough University, End Child Poverty estimated the number of children living in poverty in each constituency, which represents a particular area of the country.

They found that child poverty is rising particularly quickly in parts of major cities, especially London, Birmingham and Manchester, suggesting that inequality between areas is growing.

They also found that 500,000 more children are living in poor conditions today than at the start of the decade.

End Child Poverty is calling on the government to come up with a new strategy to tackle child poverty.

In particular, they're asking for more investment in children's services such as mental health, education, childcare and social care.

What have previous reports said? 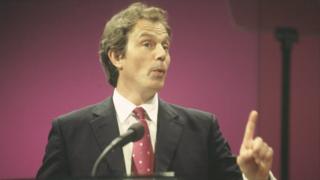 Twenty years ago, then-Prime Minister Tony Blair said he wanted to end child poverty within a generation in the UK. It was his "20-year mission".

According to government figures, 34% of children in the UK were living in poverty 20 years ago.

Seventy per cent of children in poverty in the UK are in working families, up 3% on the year before.

The Resolution Foundation, which is a research company studying poverty, has recently predicted that child poverty will rise to 37% by 2023-24 unless changes are made. 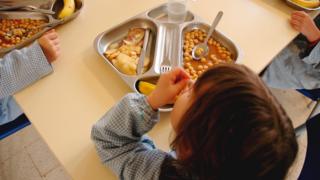 A government spokesperson told Newsround that children growing up in working households are "five times less likely to be living in poverty" and that's why they support "families to improve their lives through work".

"But we recognise some families need more support," they added.

They said the government spends £95 billion a year on helping people who have been struggling with money.

They also "provide free school meals to more than one million of the country's most disadvantaged children to ensure every child has the best start in life."

Supermarket food bank donations: What items can be donated?