The Voice Kids: Jessie J returns as we get first look at new series 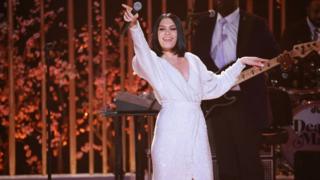 Jessie J is back as a judge on The Voice! Well, The Voice Kids that is.

The new series will be back on our screens later this summer for its third series with a new batch of seven to 14-year-olds looking to impress the coaches.

Jessie J - who was previously a judge on the adult version of The Voice - has signed up alongside will.i.am, Pixie Lott and McFly's Danny Jones.

Here is everything you need to know about the new series.

What is the format? 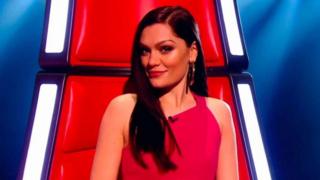 Like the adult version of the show, The Voice Kids has the famous blind auditions where the judges can't see the hopefuls singing.

It then moves onto the battle round in which successful hopefuls have a sing-off to decide who makes it through.

Unlike the adult version, there are no knockout stages. Instead, it goes straight to semi-finals and then a final.

For the first time, hopefuls will be allowed to sing in duos.

The winner of The Voice Kids will be given a bursary of £30,000 to put towards their musical education, as well as a family holiday to Disneyland Paris.

Who are the judges? 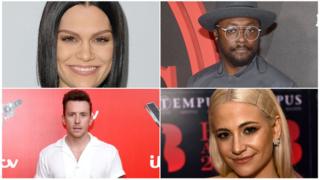 It's been a couple of years since Jessie J last sat in a judges seat at The Voice. She was one of the original coaches on The Voice UK when the show started in 2012.

Since then, the popstar has featured as a judge on the Australian version of the show.

Her fellow judge will.i.am has been an ever-present on the UK version of The Voice since it's beginning. The Black Eyed Peas rapper and producer is a music superstar with seven Grammy awards to his name.

Pixie Lott and Danny Jones finish off the all-star panel.

Pixie Lott is a chart-topping pop star with three UK number ones, and Danny Jones is part of British band McFly, who have seven UK number ones.