Champions League final: How much will it cost to get there? 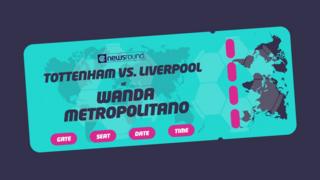 Liverpool and Tottenham fans may be rivals when it comes to the Champions League final but they have teamed up to speak out against ticket prices.

They released a joint statement saying they are unhappy about the cost of travel for the big game in Madrid next month.

The Tottenham Hotspur Supporters' Trust and Spirit of Shankly fan groups have said the cost of flights to the Spanish city and surrounding towns have increased 840%.

They also say hotel rooms are more than £1,000 a night, with stories of room bookings being cancelled and resold at vastly inflated rates.

We decided to plan a pretend trip to the Champions League final. These prices are based on an internet search on Friday 10 May, and are the cheapest we could find.

Here is a breakdown of how much it would cost one member of the Newsround team to fly direct to Madrid on the day of the final, stay overnight in a hotel and fly back the next day. 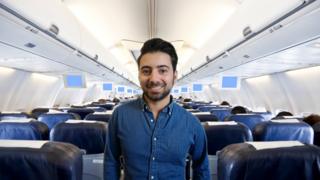 Getty Images
Ricky needs to hop on a flight first

After a search on a flight comparison site we only found a handful of flights that got us to Madrid before kick-off!

This return flight from London Stansted airport was £800. 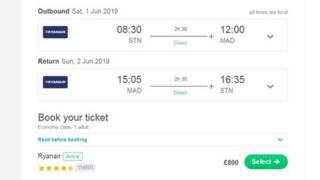 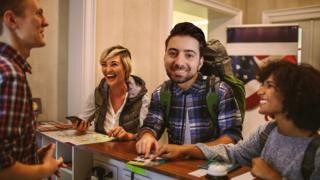 The cheapest room we could find was at a hostel in the centre of Madrid for £320 for one night. 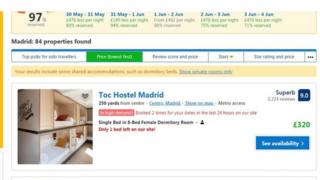 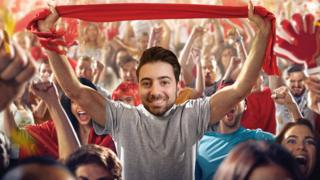 All neutral tickets for the final have sold out.

Officially, both clubs are allocated tickets by Uefa, who are the governing body of European football.

Liverpool's tickets range from £60 up to £513. However, all of their allocated tickets are sold out.

Spurs have not revealed how much their tickets will be or when they will go on sale.

Lots of resale ticketing sites have started listing final tickets at inflated prices. After looking through lots of sites, the cheapest ticket we could find was £2,700.

On popular resale site, Stubhub, the cheapest tickets for the final are over £3,700. 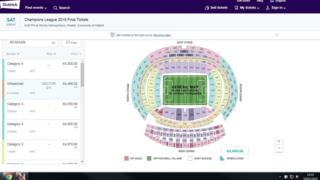 Maybe we'll just watch the game on the TV instead. 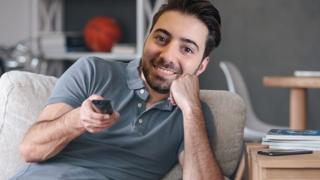 Quiz: Joy or heartbreak? What do these tears say?

Football match of the season: Which of this week's contenders is your favourite?