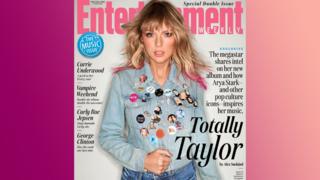 Taylor Swift has teased more Easter eggs about her new album in her choice of pin badges.

She appeared on the cover of Entertainment Weekly magazine and explained in an interview that her pin badges might have a few hints for her fans.

Taylor is known for teasing song themes, names and collaborations ahead of the launch of her albums.

So what could they mean? 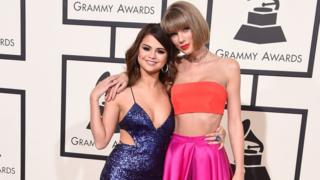 Getty Images
Could Taylor Swift's bestie Selena Gomez be on the album?

Taylor is wearing four badges that could hint to potential collaborations for her new album.

Selena Gomez is Taylor's long time friend and Troye Sivan recently sang on stage with her during her Reputation tour.

Taylor dropped another hint about the Dixie Chicks in her ME! music video, so is this backing up a potential collaboration?

Could we also be expecting a Drake collab? Taylor is wearing a Hotline Bling badge. 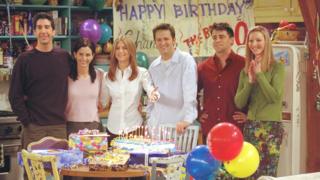 Getty Images
Could there be a song about her love for the TV show Friends?

Taylor is also repping badges of all of her favourite TV shows, including Friends and Grey's Anatomy.

Could this be a theme for some of the songs in her album?

Taylor's cat Meredith Grey is named after one of the characters from the show Grey's Anatomy. 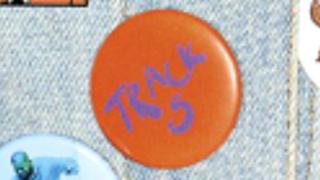 ENTERTAINMENT WEEKLY
What will track 5 be this time?

'Track 5' is a bit of an inside joke in the Swift fandom.

The fifth song on all of her albums tends to be very emotional, and fans go crazy for it.

Previous track fives have been Cold as You, White Horse, Dear John, All Too Well, All You Had to Do Was Stay and Delicate. 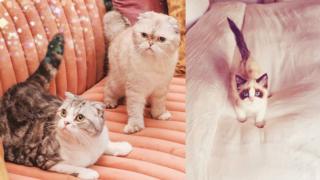 To say Taylor Swift is a BIG fan of cats would be an understatement!

Taylor is wearing cat pin badges which could relate to her own pets - Olivia Benson, Meredith Grey, and the latest edition to her family Benjamin Button, who she adopted from her ME! music video.

She is also wearing a Cats the Musical badge, which could be related to her casting as Bombalurina in the musical remake. 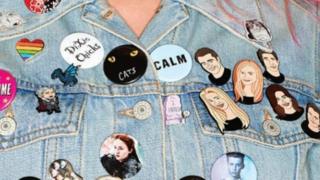 ENTERTAINMENT WEEKLY
Is the Calm badge a hint to a potential song title?

Could the 'Calm' badge be a hint to a potential song title?

In her video for ME! Taylor begins the video arguing in French and says "je suis calme", meaning "I am calm".

Taylor Swift's new video ME!: What to look out for