Vesak festival: What is it and how do Buddhists celebrate Buddha Day or Wesak?

Vesak is one of the most important Buddhist festivals. It is also known as Wesak or Buddha Day.

It is a celebration of Buddha's birthday and, for some Buddhists, marks his enlightenment (when he discovered life's meaning).

It is also a time to reflect on his teachings and what it means to be Buddhist.

Read on to find out more about Buddha and the Vesak festival.

Why are there two Easters?

What is the story of Vesak? 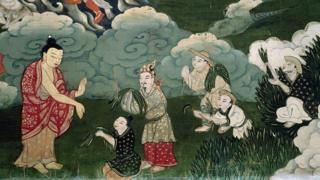 Buddhists do not believe in a single god who created the world and everything in it.

In fact, most Buddhists believe in the teachings of a man called Siddhartha Gautama - also known as the Buddha.

Siddhartha is believed to have been a prince who was born into a wealthy family in what is now called Nepal in the 5th Century BC.

It's believed that Siddhartha Gautama realised that wealth and luxury did not guarantee happiness. So he travelled as a homeless holy man to learn more about the world and saw the suffering in the world. 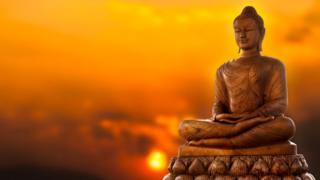 It's believed that after six years of studying and meditation on his travels, he became spiritually aware and reached his goal of finding meaning in life. This is called enlightenment.

At this time, he became the Buddha and for the rest of his life he taught his followers of his experiences.

Buddha is a title, rather than a name, which means the enlightened or awakened one. 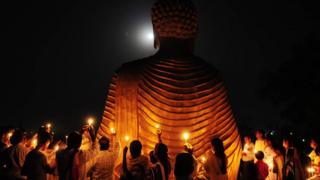 Vesak is celebrated once a year. This year, it falls on Monday 16 May.

The date of Vesak changes each year as it take places at the time of the first full moon of the ancient lunar month of Vesakha, which usually falls in May or early June.

How is Vesak celebrated? 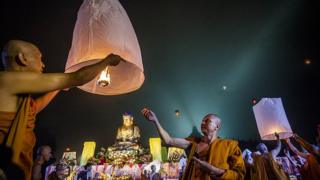 Each Buddhist culture has its own traditions for the day, but it is celebrated in lots of different countries, including many across Asia such as: India, Thailand, and North and South Korea.

Many Buddhists will go to their local temple and some might even stay there throughout the day and night of the full moon.

Many will do good deeds, take part in chanting and meditation, reflect on Buddhist teachings, bring offerings to the temple and share food with people. 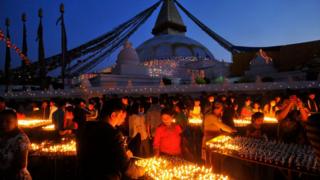 Families may decorate their homes with lanterns, take part in processions and wear special white clothes to mark the occasion. Friends and family may also send cards to each other.

A ceremony called Bathing the Buddha may also be held, when water is poured over the shoulders of the Buddha to remind people to clear their minds of negative thoughts like greed and hatred.

Holi 2019: Hindus around the world celebrate the colourful festival

Kumbh Mela: What is the Hindu festival?