Taylor Swift's new video ME!: What to look out for 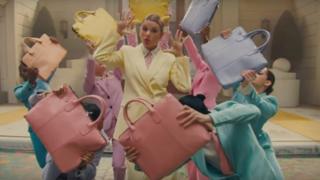 People often say the world isn't all rainbows, butterflies and unicorns - but if you lived in the world shown in Taylor's Swift ME! video is really would be.

Tay Tay made the video for her new single live on YouTube on Thursday night, and fans are already going wild for it.

The star had been teasing her fans with cryptic clues about the title and themes of her new single, and now we finally get to see what she was talking about.

What would you do if Taylor Swift turned up to your party?

Here's all you need to know... 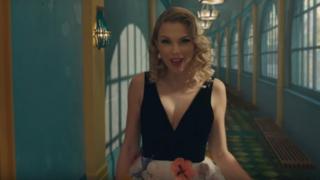 Taylor has written plenty of sad songs in her time - some about heartbreak, frustration and the various dramas that come with being a worldwide pop sensation.

But this time, although the song does involve a romantic partner, she's feeling good about herself and wants us to as well.

In recently interviews, Taylor said it's a song about "embracing your individuality, and really celebrating it, and owning it".

2. It could be the start of a new Taylor era 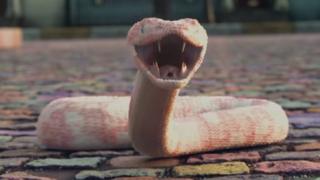 At the beginning of the video, we also see a snake burst and turn into a cluster of butterflies, which some fans are seeing as a sign that Taylor 'shaking off' her past and embracing a new perspective to life.

The videos and tour material from her Reputation album heavily featured snakes, which was thought to be linked to her feud with Kim Kardashian and Kanye West.

When she was asked what all the snakes scattered over the stage were on tour, she said: "A couple of years ago, someone called me a snake on social media and it caught on." 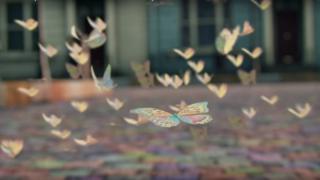 The 29-year-old was likely referring to the 37 snake emojis Kardashian tweeted back in 2016, over a row about one of Kanye West's songs that mentioned Taylor.

Maybe Taylor's hoping life will be more positive in the future. Either way, fans are loving it, describing it as "iconic"!

The old Taylor can't come to the phone right now...cause she's a butterfly! 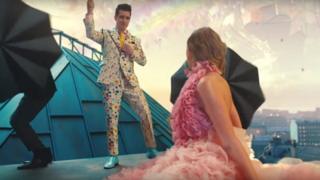 It features Brandon Urie from the band Panic! at the Disco. We first see him at the very beginning of the video arguing with Taylor in a very fancy looking apartment in Paris

They're both speaking French, but don't worry there are subtitles!

Although for the first half of the song he stays inside watching Tay Tay dancing around in pastel-perfect Parisian streets from the window, he gets to have some fun later on, dancing around while multicoloured liquid rains down from the sky. 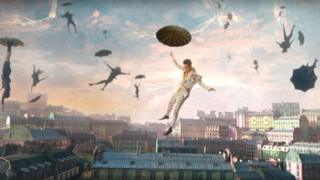 You can't look at this picture from the video without thinking about Mary Poppins - the classic film about a nanny who can fly in on an umbrella.

There's also a section of the video where we travel into a heart-shaped broach on Brandon's jacket and end up in a place where millennial pink angels are playing in a band with Taylor and Brandon, in front of a crowd of adoring fans. 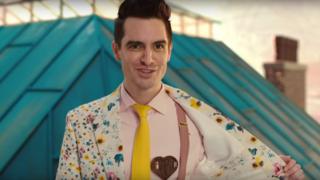 It reminds us of those scenes where Mary and the children disappear into bath tubs and chalk paintings and end up in a magical world where things don't really make sense.

But there's also a bit where Taylor and Brandon perform in the street dressed in blue circus gear, surrounded by crowds of people marching dressed in pink, which also make us think of the emerald city from the Wizard of Oz. 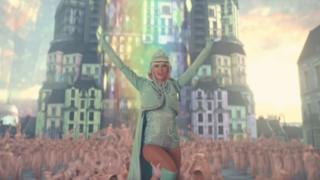 Yep, Taylor genuinely says this at one point during the video, before singing the lyrics 'Girl, there ain't no I in 'team', but you know there is a 'me', and you can't spell awesome without 'me'.'

So if you get told off for watching Taylor Swift videos when you should be doing your homework, maybe you can argue you're doing some spelling practice.

It's a bit of a stretch though so we don't reckon your parents will really buy that as an excuse, but it might encourage them to watch the video for themselves and be forced to admit the truth - that Taylor Swift can make some pretty epic music videos!

Taylor Swift: Surprise visit by the pop star to an engagement party