Manchester derby: Will United help Liverpool in the Premier League? 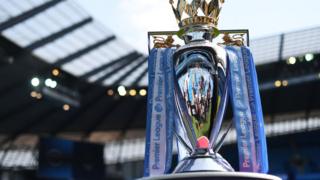 It's the Manchester derby as United host City at Old Trafford. Manchester City need to win to go top of the Premier League.

Liverpool sit at the top of the table with 88 points, if Manchester City win then they'll go top with 89 points.

It won't be easy though. The team they have to beat are their cross-city rivals, Manchester United.

The title race is reaching its close with only four games left for Man City and three games left for Liverpool. Commentators think that it could be the tightest battle for the top spot in several years.

Liverpool are chasing their first league title since 1990, whereas Man City are the current champions.

We take a look at how the two title challengers match up.

United will be looking to win as they still have a chance of getting into a top-four Champions League spot for next year. They are three points behind Chelsea who hold the 4th spot. 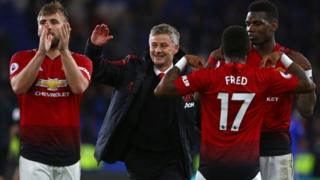 They have had mixed form this year and surged in form when Ole Gunnar Solskjær took over in December 2018, winning eight in a row.

However, results haven't been going their way recently as they have lost six of their last eight games in all competitions. 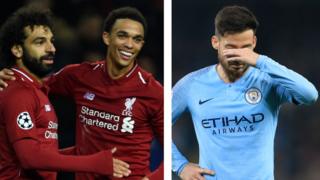 Getty Images
Liverpool are still competing for the Champions League, Manchester City were knocked out by Tottenham.

Manchester City's exit from the Champions League could also have an affect on who wins the league title.

They got knocked out by Tottenham across two legs but Liverpool beat Portuguese side FC Porto to reach the semi-finals. That means that they will play a minimum of two games more than Man City.

Manchester City have reached the final of the FA cup but that final is at the end of the Premier League season.

Liverpool vs. Man City: Which one will top the Premier League?

Virgil van Dijk says Raheem Sterling is the Player of the Year - do you agree?

'Thanks for taking care of me': Your Father's Day Messages

What is Juneteenth and how important is the US holiday?