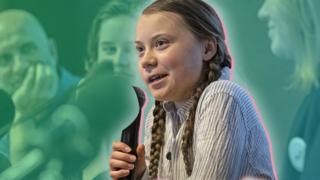 She was asking politicians to urgently do more to tackle the problem.

In a speech to the House of Commons she said: "You don't listen to the science because you are only interested in the answers that will allow you to carry on as if nothing has happened."

MPs clapped Greta after her speech and Environment Secretary Michael Gove said "we have not done nearly enough" to combat climate change.

He said: "The time to act is now, the challenge could not be clearer - Greta, you have been heard.".

Find out more about Greta

How did Greta Thunberg become famous? 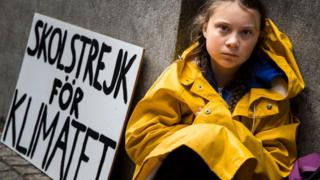 The idea was to encourage world leaders to prioritise climate change.

At 16-years-old, Greta is one of the youngest people to be nominated for a Nobel Peace Prize.

Four years ago, she was diagnosed with Asperger's, a form of autism.

"Being different is a gift," she told the BBC, "It makes me see things from outside the box. I don't easily fall for lies, I can see through things. If I would've been like everyone else, I wouldn't have started this school strike for instance."

Her strikes have inspired hundreds of thousands of students across the world to also strike to bring climate change to their leaders' attention.

However, some, including Prime Minister Theresa May have said that the strikes are wasting valuable lesson time and causing disruption. 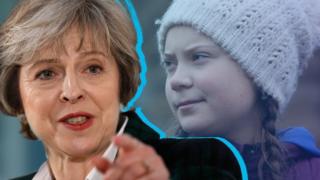 Earlier this year, the prime minister's official spokesperson said "That time is crucial for young people precisely so that they can develop into the top scientists, engineers and advocates that we need to help tackle this problem."

Greta took to Twitter to challenge the prime minister.

British PM says that the children on school strike are "wasting lesson time". That may well be the case. But then again, political leaders have wasted 30 yrs of inaction.

Earlier this week, Greta joined the climate change protesters - Extinction Rebellion - who have been demonstrating in London since 15 April.

In a speech to a crowd of Extinction Rebellion demonstrators, she encouraged the group to continue their efforts. 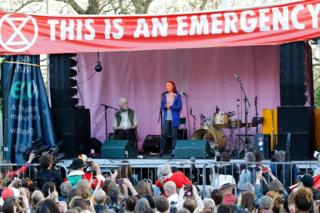 Her speeches have been inspirational to many, but there are people who believe that Extinction Rebellion are doing more harm than good.

Due to the number of people protesting and the location of the protests - extra police have been called from surrounding counties and cities like Greater Manchester to keep those areas safe.

But others claim that the protests are peaceful, and are about bringing attention to an important issue.