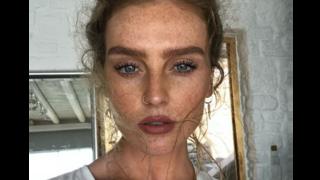 Little Mix singer Perrie Edwards has revealed that she has been suffering from anxiety and panic attacks.

She told her her 8.8 million Instagram followers in a post on Wednesday that she wanted to be "honest" with them.

The singer admitted that she had been suffering from anxiety and panic attacks and it "took over" her life.

The groups fans have been offering their support to the singer, one replying: "We are here for u perrie, and u know it.. Just take care of yourself."

The Woman Like Me star wrote: "When I first started to feel the effects of anxiety I thought I was losing my mind and it terrified me.... The first panic attack was so intense and overwhelming I felt like I was having a heart attack... I had people around me but I couldn't explain to them what was happening to me or why".

Anxiety is when you feel worried , frightened or nervous about something. It can be mild or severe. Everyone has feelings of anxiety at some point in their life and it's ok - for example, you may feel worried and anxious about sitting an exam or starting a new school.

Perrie is the latest celebrity to have talked openly about their struggle with anxiety. Stars like Zayn Malik and Selena Gomez have recently spoken about it.

It's not just celebs that are affected by anxiety, everyone at some point may feel anxious.

Perrie said she had received help and support for her anxiety and the panic attacks have stopped, but it's still something that she has to constantly battle.

Telling her fans about what helped her the most she said it was discovering she wasn't alone.

How are Little Mix's Jade and Leigh-Anne coping?

What do we know about the new Matilda movie?