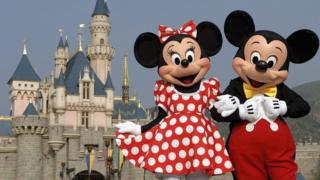 Disney
Disney + will bring all of Disney's content to one place, but how will it do in a world of YouTube and Netflix?

Later this year, Disney is launching its own rival video streaming service. The theme? Family-friendly content.

Unlike Netflix, Disney+ content won't be rated any higher than a 12A.

What will be on it?

Also known as Disney+, this platform aims to include 7,000 TV shows and every film in Disney's library.

But you won't just be feeling the love with Simba or exploring A Whole New World with Aladdin - because there will be original stuff on there too. 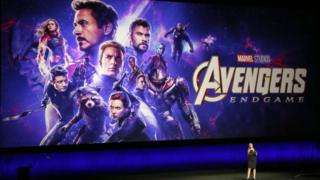 Gabe Ginsberg
Marvel films and series will be coming to Disney+

Some reports suggest upcoming films like Frozen 2, Captain Marvel, Star Wars: Episode IX and The Lion King might be available to watch exclusively on Disney+.

What TV spin-offs will there be?

Star Wars News Net says an Obi-Wan Kenobi mini-series is 'the next top priority' for Disney+'.

Rumours are there will be an animated series based on Marvel's alternative universe What if? comics.

Other spin-offs in the works are TV shows set in the world of Monsters Inc. and High School Musical.

How much will it cost?

Disney plans to make this streaming service cheaper than Netflix, which starts at £5.99 per month.

Disney promised the existing episodes of every one of their shows on Netflix will stay there. But future Disney shows might not be on Netflix and the service recently cancelled a Marvel series.

So - is Disney+ a game changer? What do you think? Tell us in the comments below.