Ear piercing: Who should decide when you get your ears pierced? 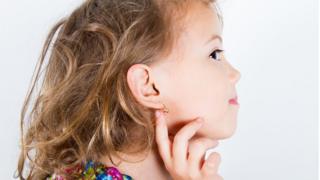 What we want to know is: do you think getting a piercing should be your choice, or something your parents should decide for you?

Take part in our vote and let us know what you think in the comments below.

Last year Kylie Jenner was criticised for choosing to pierce her baby daughter Stormi's ears, when the child was just five months old.

Are dogs better than cats?

Peanut Marmite: so right or so so wrong?

Is homework a good idea or not?

Now jewellery and beauty accessories store Claire's, where many young people go to get a piercing, says it is reviewing its rules after an employee in Canada said she was told to pierce children's ears without their consent.

There have been discussions in the past around whether consent should be needed before a child can get a piercing.

But those have mainly focused on children needing to get permission from their parents before getting one - not the other way round!

A few years ago, a petition calling for the UK to ban ear piercing for babies and toddlers got 86,000 signatures, attracting 35,000 names in less than a week.

The woman who set it up said piercing such young children "serves no purpose other than to satisfy the parent's vanity".

In Scotland anyone under the age of 16, who wants to get their ears pierced, has to get permission from their parent or guardian.

This isn't currently the case in England, Wales or Northern Ireland.

But what about when a parent wants to get their child's ears pierced, even though the child doesn't want to, or is too young to have a say?

Claire's worker Raylene Marks says her manager told her she should have pierced a seven-year-old's ears even though the girl, who was with her mother, clearly did not want her ears pierced.

The girl eventually left without getting pierced, and Ms Marks has now quit her job over her manager's response. 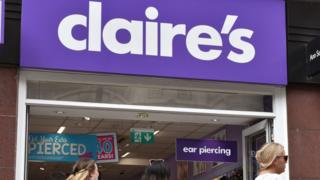 Writing on Facebook, she said: "The girl pleaded and sobbed for 30 minutes not to be pierced. Despite Mom saying, 'Honey, we can go home whenever you want' she was not letting her daughter go home."

"I'm inclined to respect a child's right to say, 'NO', to any adult forcing any kind of non-medical contact on them, so I told the other piercer I wouldn't be part of the ear piercing for this girl."

Claire's said in an email response that it was investigating the matter and "reviewing the policy to ensure that the intent is clear".

We ensure that any child piercing we do is carried out with the best care in consultation with, and with the agreement of the legal guardian

A spokesperson wrote: "Claire's has been piercing ears for more than 40 years, and has pierced over 100 million ears."

"Customer well-being is our main priority."

So who should decide? Have your say in our vote and in the comments below.

Is One Direction make-up a step too far?